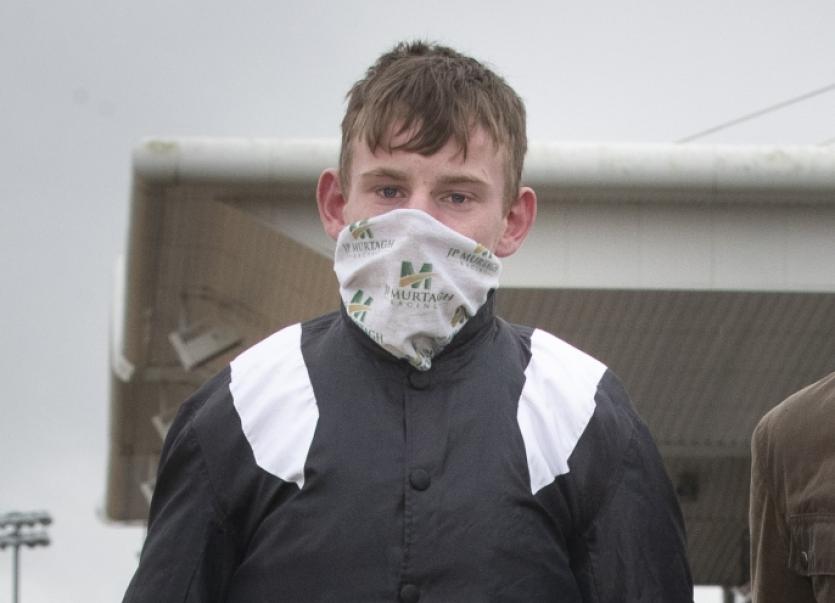 HIGHLY-rated Moyross jockey Wesley Joyce had a day to remember at Sligo today when recording his first winner on the track.

Talented 18-year-old Joyce partnered Hands Down to land the spoils in the second division of the Glasshouse Hotel H'cap over five furlongs.

Joyce, a ten pound claimer, got his mount in front in the dying stages of the race to get the better of the  front-runner Adams Barbour by a neck.

Hands Down, who was returned at odds of 50/1, was a first winner for trainer Charlie Moore in almost five years.

Joyce was introduced to a career in horse racing through the Moyross Youth Academy and their partnership with the RACE Academy in Co Kildare.

A first winner for Moyross, Co Limerick teenager Wesley Joyce, as he guides Hands Down to a surprise 50/1 win in the last @SligoRaces. The winner is trained in Co Donegal by Charlie Moore, who was registering his first success since July of 2015. @Limerick_Leader @ilovelimerick

Wesley is a graduate of the RACE 2019/2020 trainee jockey programme and has been based in Murtagh’s yard ever since.

Among those to join in wishing Wesley well in his race riding career was Munster and Ireland winger and Moyross native Keith Earls.

Limerick jockey Joyce turned in an eye-catching display when bringing his mount home in an impressive second place on his first ever ride on the racecourse at Dundalk in February.

Joyce had his first ride on 18/1 shot Misterio for leading trainer Murtagh in the Irishinjuredjockeys.com Handicap.

Joyce gave his mount a terrific ride as he looked to make his first ride on the track a winning one. However, he lost out by a head to the Paddy Hassett trained favourite Maggie Thunder under Declan McDonogh.

Delighted for Wesley Joyce who just rode his first winner in Sligo this afternoon. Very pleased for Wesley and his family and friends ⁦@CMoyross⁩ Just shows what can be done when hard work and talent come together. pic.twitter.com/IzcD0AMI1p