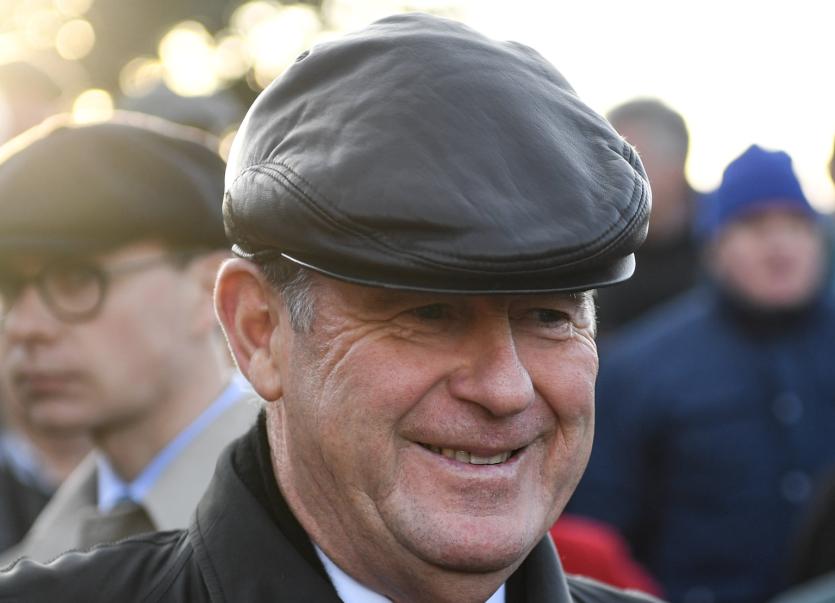 LIMERICK'S JP McManus is the Champion Owner for the first time in seven years following the conclusion of the 2020/2021 National Hunt racing season.

It is the 18th time in all that McManus has claimed the prestigious title.

The Limerick racing enthusiast has wrestled back the title from Gigginstown House Stud thanks to the exploits of the likes of The Tote Galway Plate winner Early Doors, Dublin Racing Festival winners Off You Go, Drop The Anchor and A Wave Of The Sea, Leinster National winner Scoir Mear and the Fairyhouse Easter Festival winners Janidil and Hearts Are Trumps.

The 2020/2021 National Hunt racing season ended at Punchestown on Saturday. The winners of four of the six championship categories were only confirmed at the Co Kildare track this week and for the first time, a brother and sister are among the title winners as Paul Townend retains his Champion Jockey crown and Jody becomes Champion Lady Amateur Rider.

Kemboy won the Irish Gold Cup while the likes of Aramon, Cabaret Queen, Castlebawn West and Maze Runner have all been significant handicap winners for the Closutton trainer.

Paul Townend is Champion Jockey for the third successive time and for the fourth time in his brilliant career.

He has reached a three-figure tally for the third time and among his highlights this season were the multiple Grade 1 winners Chacun Pour Soi, Energumene, Monkfish, Appreciate It and Gaillard Du Mesnil.

Townend was crowned champion jockey for the first time in the 2010/11 season and ends this season with 100 winners.

Each Leading Lady Rider since 1974 has been presented with the Mary Hyde Perpetual Cup and this season’s winner is Jody Townend who once again has proven herself a jockey for the big occasion with success at this week’s Punchestown festival.

Jody and Paul Townend are the first brother and sister to win championship titles in the same season.

From Castlederg, Co Tyrone, Simon Torrens is the Champion Conditional Jockey. Simon enjoyed a number of high-profile handicap wins during the season, notably at the Dublin Racing Festival at Leopardstown in February where he partnered the Pat Fahy-trained Drop The Anchor to win the Ladbrokes Hurdle and A Wave Of The Sea, trained by Joseph O'Brien, to win the Matheson Handicap Chase, both horses owned by JP McManus.

Drop The Anchor was also a winner for Torrens at the Listowel Festival last September and more recently, he also donned the McManus colours to win the Leinster National Handicap Chase at Naas on Scoir Mear for trainer Tom Mullins.

Patrick Mullins has seen off a determined challenge from his great rival Jamie Codd to become Champion Amateur rider for the 13th time.

Patrick’s season was highlighted by Grade 1 successes on Klassical Dream, Min, Sharjah and Echoes In Rain while he won the Guinness Galway Hurdle on Aramon last July. Patrick enjoyed high-level bumper victories on Kilcruit at the Dublin Racing Festival and with Dark Raven at Fairyhouse at Easter.

The champions for the 2020/2021 National Hunt season are as follows: