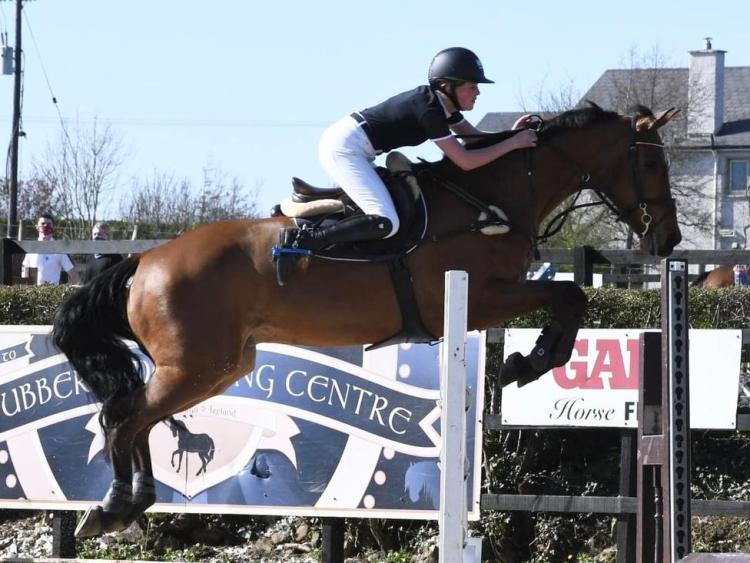 A TALENTED Limerick rider is continuing to make huge strides in the world of showjumping after a string of top class wins.

Eighteen-year-old Robyn Moran, from Askeaton, comes from a family who have been involved in show jumping for generations. Her grandmother Jill competed internationally and her late grandfather Michael was very well known across the country for producing young horses.

Robyn's dad Brian himself was an amateur jockey and rode many winners at poin- to-points and on the track during his racing career. He was also Huntsman with the Stonehall Harriers for many years and this is where Robyn first discovered her love for jumping, while following her father cross country on her ponies.

These days he is producing young horses with Robyn to compete on the show jumping circuit.
Robyn began her show jumping career at a very young age and quickly established herself on the pony circuit as a force to be realised with. She won many national titles while jumping ponies and competed internationally as well.

That same year she took the honours at the RDS winning the six and seven year old pony final riding Colesgrove Cavalier.

When talented horsewoman Robyn turned 16 she moved onto horses and has quickly established herself on the national circuit taking the honours in many prestigious competitions.

In 2019, she beat off stiff competition to win the Munster Grand Prix Series on board Coolminga Inspector Royal.

In that year she also won the RDS Young Riders final on Colesgrove Cavalier and also won the national ladies league on her 10 year old European Cruise.

Robyn is currently studying for an Arts Degree in UL while also competing on the show jumping circuit.

Her ambitions for the future to continue competing both nationally & internationally producing horses to the highest level.

Robyn has taken the TRM/ Show Jumpers Club Spring Tour by storm and has notched up five Grand Prix wins over the past few months since it kicked off in February at Broadmeadows Equestrian Centre, Co Meath on three different horses.

It is a significant achievement for an 18-year-old up against the professionals including the likes of former Olympian Greg Broderick and former Hickstead winner Mikey Pender.