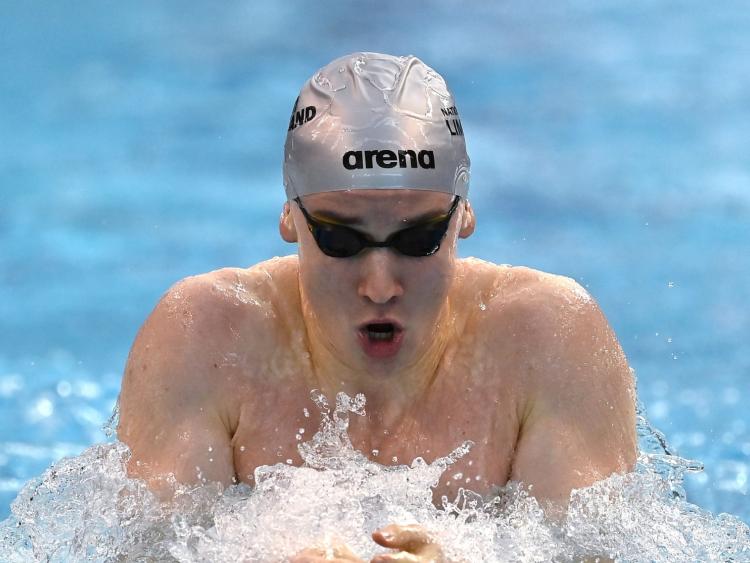 Nineteen-year-old Corby, from Clarina, of National Centre Limerick will compete in the men's 200m breaststroke final at the National Team Trials in Dublin later this Saturday evening.

In Friday's semi-final, Limerick swimmer Eoin Corby made a stunning drop from a best time of 2:13.24 in December to 2:10.99, edging closer to the Olympic Consideration Time of 2:10.35.

Darragh Greene, already under Olympic consideration, was second in 2:11.02 with Rio 2016 Olympian Nicholas Quinn third in 2:12.54.

A delighted Corby told Swim Ireland: “I was very happy with it. I learned this morning from the heats that I need to work on my stroke count and stroke length. I had it up to 150m and then I died this morning, so that’s what I was working on this evening. I was just trusting my legs and getting into streamline, not stroking, and it paid off.”

“To be honest, I wasn’t even targeting the Olympic time coming into the competition for the 200, so it’s a surprise for me really as well, but I will definitely give it another shot tomorrow evening.”

This week's trials are primarily open to Performance athletes currently training in recognised onshore training bubbles in the National Centre (Dublin) at the National Aquatic Centre, the National Centre (Limerick) at the University of Limerick and at Bangor Aurora Aquatic & Leisure Complex, as well as those identified athletes of similar standing who are living and training offshore.

An exciting final is assured later this evening. The session begins at 5.30pm this evening and will be live streamed on the RTE Player.