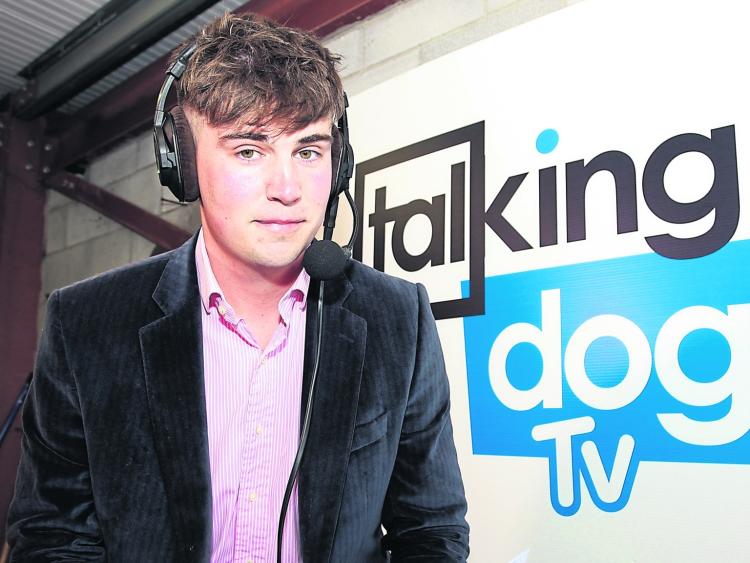 APPRECIATION with a touch of envy. Not a jealous type of envy, but rather recognition of the amazing achievement being witnessed, and a desire to be up on that podium in the future on some glorious day.

You visualise what it would be like; the roar of the crowd, a huddle of friends, family and those closest to you joining together in spectacular celebration, engulfing your winning greyhound with love after winning the richest puppy race in the world, getting your pictures taken with the generous and ever benevolent McManus family, witnessing the winning GAA club fanfare and lastly, having one hell of a party afterwards.

This is what the Con and Annie Kirby Memorial Stakes competition means to the greyhound community and beyond, and these are the thoughts that rush through our heads and make us want to be part of it all.

We call it the dreamer’s disease, and it’s the reason greyhound owners and trainers are up at 6.30-7am every morning, seven days a week, 365 days of the year to mind, feed and care for their greyhounds.

Everybody wants to win a ‘Kirby’ and for some lucky connections this Saturday night in Limerick, this ‘dreamer’s disease’ will become a reality.

Two trainers in this week’s final know what that rare Kirby winning feeling is like. Brendan Matthews, won this competition in 2014 with the John Boyle owned Boylesports Hero and emulated that victory in 2015 with Cable Bay, who didn’t win any heat of the ‘Kirby’ until he got to the final where he delivered an exceptional 28.11 victory.

‘Team Matthew’s’ finalist this year, De Machine, has a similar profile to the aforementioned Cable Bay as he also approaches the final without a win in Limerick yet lands there as a leading fancy.

Pat Buckley’s ‘Singalong Sally’ runs from trap four in the final, the same box she so brilliantly won the Juvenile Classic in Tralee out of earlier in the year.

Buckley has won the ‘Kirby’ three times with Droopys Roddick (2016), Bentekes Bocko (2017) and Droopys Davy (2018) and bookmakers have priced a fourth Buckley victory at around the 5/1 mark.

The rest of the connections in the final are comprised of those who have literally won everything there is to be won in greyhound racing except a ‘Kirby’ and you can bet your bottom dollar this competition has been top of their to-do list for quite some time!

When interviewed on Talking Dogs TV Patrick Guilfoyle, the Irish Derby and St Leger winning trainer said that winning this competition would mean “everything” to him, with passion and sincerity brewing in his eyes.

In 2013 he got the All-Ireland Hurling winning manager, Davy Fitzgerald-owned ‘Droopys Banner’ to the final and this year he runs ‘Explosive Boy’, the 5/4 favourite in the final owned by Peter Sutcliffe based in South Australia.

In 2000, Judicial Pride won the Irish Greyhound Derby for trainer Michael ‘Curly’ O’Donovan and in 2014 he repeated this success in the Irish Derby with Laughil Blake. This year, Curly’s passionate and youthful son Mark bids for his first ‘Kirby’ success with Stonepark Leo, owned locally in Ballyneety by the O’Dwyer family who certainly don’t have to drive too far to reach Limerick Greyhound stadium!

Leo is almost guaranteed a clean run from the outside Trap 6 and looks to have solid claims of success at around 6/1.

The early paced Agent Stanley runs for joint owners Patrick Flanagan and Erwin Birkmyre and is jointly trained by Marie and Des ‘Skip’ Gilbert and a victory for this Dublin-trained powerhouse would be warmly welcomed given the popularity of connections.

Finally, we come to the all-conquering ‘Team Dowling’ of Ballymacelligott, just outside Tralee, who run Ballymac Merlin in the final.

The Dowling’s tasted Irish Greyhound Derby success in 2015 with Ballymac Matt and have encountered classic success in Limerick, wining the Friends of Limerick Irish St Leger in 2019 with Ballymac Anton, however, to date, the ‘Kirby’ has escaped their extremely powerful grasp.

Fresh from their rip-roaring victory of Ballymac Wild in the Shelbourne 600 final last weekend, ‘Team Dowling’ would surely consider their Ballymac Merlin to be a lively outsider in this weekend’s mouth-watering finale.