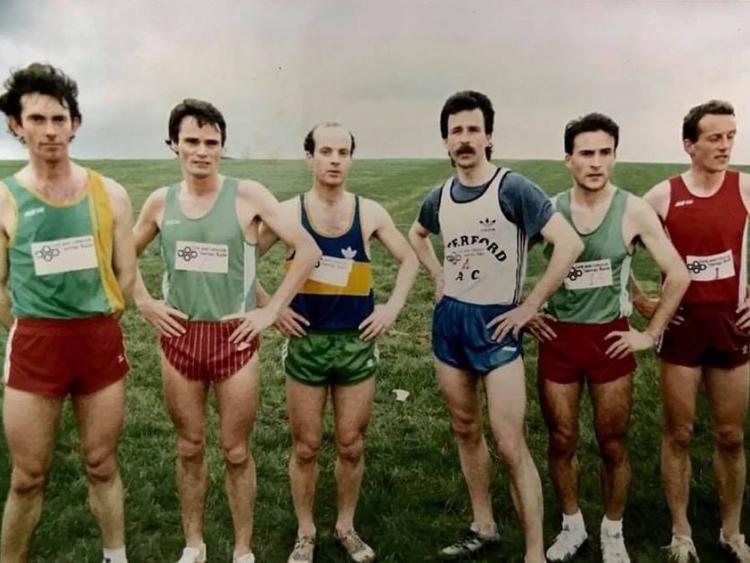 WEST Limerick announced details of resumption on week starting 26th May.
For further details and for those of other clubs check out their Facebook pages.

Details of the event were announced by Dooneen AC.

It will be held over the month of May, cost of entry is 10 Euro with proceeds going to Limerick Suicide Watch. Register at MichelRejmer10Mile.com or for more information check out the Dooneen AC Facebook page.
National Congress

The Athletics Ireland Annual National Congress takes place this weekend in a virtual format with delegates from Limerick attending.

The Limerick Leader noted how Glenstal Abbey was an ‘in demand athletics venue’ for significant Athletics fixtures.

A fast (grass) track, cooperative staff (especially ‘gamesmaster’ Fr. Peter Gllfeddar) and excellent changing facilities were cited as the main reasons. All it needed now was ‘for the public to support it’.

A winner the previous year, Robert Costelloe had to settle for second place this time round behind Jerry Kiernan in a gale ridden Ballycotton 10.

According to reports it looked at the 6 mile mark as though Costelloe might challenge Kiernan but by the closing stages he was ‘resigned to second place’.

The Clonliffe Harriers athlete won in a time of 48:06, more than a minute outside his own race record, with the Limerick AC athlete next in 48:18. Liam O’Brien (East Cork) completed the podium in 48:46.

Ailish Smith (Dublin City Harriers) led all the way to win the Women’s race in a time of 57:07.