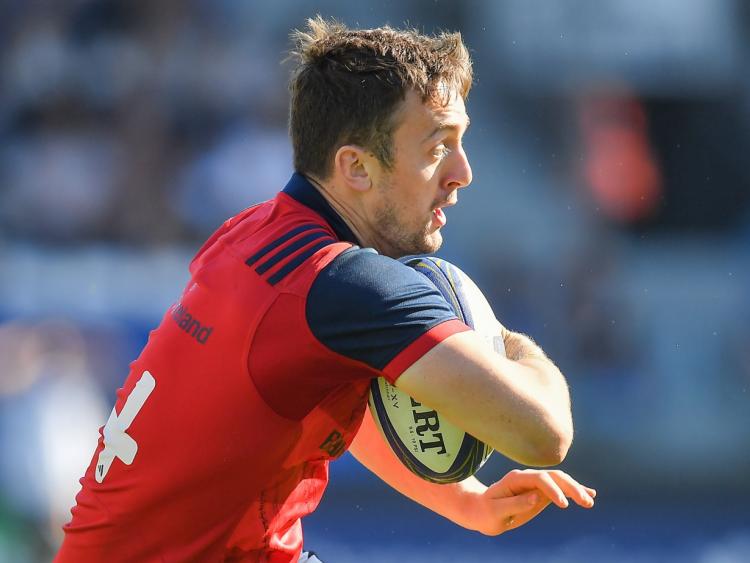 DARREN Sweetnam is poised to make his Top 14 debut for Ronan O’Gara’s La Rochelle this, Saturday, evening when they host Lyon at Stade Marcel Deflandre.

The 27-year-old left Munster just over two weeks ago on a three-month deal and has been named among the replacements by the Heineken Champions Cup semi-finalists for this evening’s clash.

La Rochelle go into today’s fixtures in second place in the Top 14 on 63 points, three points off leaders Toulouse. Lyon, with former Connacht flanker Colby Fainga’a at openside, are in sixth place on 52 points.

La Rochelle have made seven changes from the side which hammered Sale Sharks 54-21 in the Champions Cup quarter-final last weekend.

They will continue their build-up to the semi-final meeting with Leinster on May 2 with an away tie in Brive next weekend.

Sweetnam, who is not registered for European action, is one of three backs included by director of rugby Jono Gibbes and head coach O’Gara for this evening’s clash.

He will vie with Ghanian-born Springbok Raymond Rhule, who scored two tries off the left wing against Sale Sharks, for action off the bench this evening, with replacement scrum-half Jules le Bail included in a 5-3 split.

Sweetnam, who scored 22 tries in 92 appearances for Munster, will be hoping to do enough to impress in La Rochelle to secure a permanent contract having been released by his native province just over a fortnight ago.

“It probably hasn’t hit me yet really that I’ve left Munster. I’ve left my home club, my comfort zone and moved over here with Leaving Cert French.

“I really just need to take this opportunity now and who knows what will happen in the future,” he told the Munster Rugby website this week.