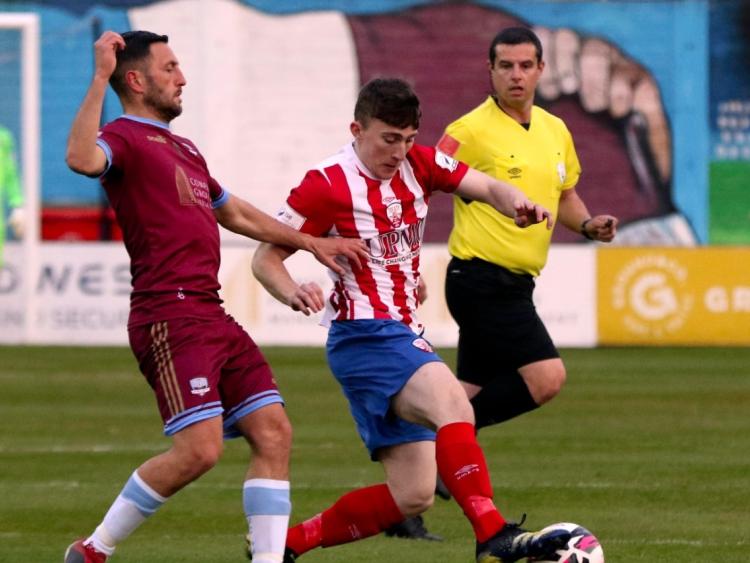 TREATY United's gallant bid for a first away win of their inaugural season in the SSE Airtricity League Firest Division was ambushed deep in stoppage time as Galway United struck for a last gasp equaliser in a 1-1 draw at Eamonn Deacy Park on Friday night.

The result did see the stunned Limerick side extend their unbeaten start to the league to four games.

Despite that late goal, Treaty have conceded just two goals now in 360 minutes of SSE Airtricity League First Division action this season. It is a very encouraging stat for a quickly assembled back four and goalkeeping unit.

Adding a degree of spice to the fixture was the significant number of players involved in the contest who had played with the opposition in recent seasons.

The opening 15 minutes was lively as both sides knocked the ball around.

Home side Galway Utd created the first half chance of the evening when Ronan Manning's delightful crossfield ball found Ruairi Keating. However, his well-struck effort was well-saved by Treaty keeper Tadhg Ryan who got his body behind it well.

Treaty took the lead on 17 minutes and it was a thing of beauty. Joel Coustrain did well to win possession and put the rampaging Marc Ludden into space on the left. Ludden sent in a delightful cross which was brilliantly headed home by the in-rushing Edward McCarthy.

McCarthy was out of luck seven days earlier when the ball got stuck under his feet with the goal at his mercy late on against Cobh Rambers and his effort was ultimately cleared off the line. This time, from a more difficult opportunity, he was clinical. Funny old game!

Treaty's work-rate and application was first class throughout as was their use of possession. The combination of Ludden and Coustrain up the left wing looked threatening throughout.

Coustrain was replaced by Alan Murphy at half-time, however.

Frontman Kieran Hanlon was highly influential, proving adept at holding the ball up in the target man role and his ability to bring other players into the game was a very useful attacking outlet.

treaty Utd were good value for their 1-0 advantage at half-time.

However, the home side began the second half in the ascendancy enjoying more possession and playing with a greater intensity.

Treaty goalkeeper Ryan had to be alert to turn a well struck Shane Duggan effort on the hour mark out for a corner, shortly after the visitors picked up two yellow cards in quick succession.

However the best chance of the third quarter fell to Treaty Utd. Sean McSweeney's terrific ball picked out Alan Murphy, but the substitute shot straight at Kearns with just the 'keeper to beat.

The Shannonsiders continue to threaten with McSweeney, McCarthy and Hanlon combining only for the final shot to be saved.

It took a terrific save from Treaty keeper Ryan to prevent Galway drawing level in the 73rd minute. Limerick man Shane Duggan lobbed a ball into the feet of Padraic Cunningham, but alert shotstopper Ryan reacteed brilliantly to deny him from close range.

Wilson Waweru's late goal ensured a share of the spoils.

Next up for Treaty United is a big Munster derby against Cork City at the Markets Field on Friday night, 7.45pm

*Host club Galway United made a special presentation to representatives of Treaty United before kick-off to mark the club's first competitive visit to the West.