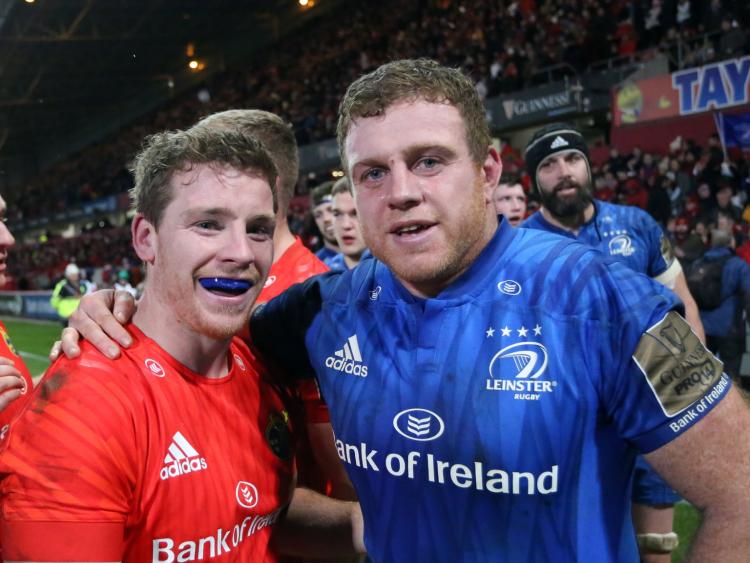 Limerick brothers Neil Cronin, of Munster, left, and Sean Cronin, of Leinster, who has signed a sontract extension with the province this week Picture: Kieran Ryan-Benson

LEINSTER Rugby have confirmed that their Limerick hooker Sean Cronin has signed a contract extension with the province.

Thirty four-yar-old Cronin joined Leinster from Connacht in 2011. The Shannon RFC clubman has earlier made two appearances off the bench for Munster in the Magners league during the 2007/2008 season.

Cronin was a member of the Munster Academy and later was awarded a development contract.

Dynamic hooker Cronin made his Leinster debut in October 2011. He has gone on to win a further 192 caps for the province.

The Limerick man won the last of his 72 Ireland caps against Russia at the 2019 World Cup.

Cronin's younger brother Neil is a member of the Munster Rugby squad.