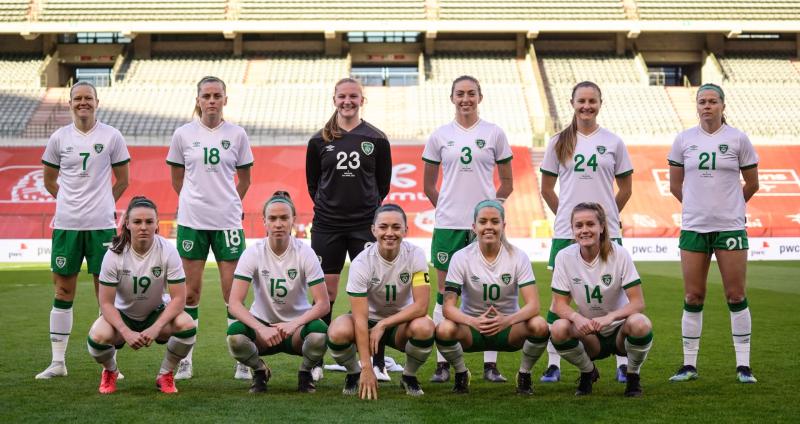 Limerick woman Claire O'Riordan, front, second from left, who lined out for the Rep of Ireland side against Belgium

A LIMERICK woman played the full game for the Rep of Ireland in their women's international friendly with Belgium at the King Baudouin Stadium in Brussels on Sunday.

Sporting all-rounder O'Riordan, who has now won 16 caps for her country, played the full game against a Belgian side who are ranked 17th in the world.

There, the highly rated O'Riordan won ree league titles and and FAI Cup.

The Rep of Ireland suffered a narrow 1-0 loss to Belgium in Sunday evening's friendly fixture in Brussels.