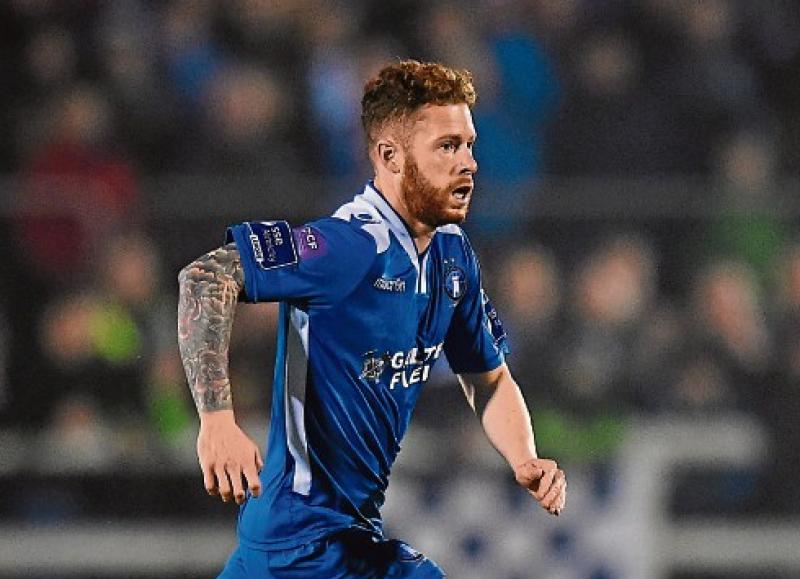 LIMERICK midfielder Lee Lynch turned in a Man of the Match display and bagged a brace of goals as Larne FC boosted their hopes of securing a European place with victory over Carrick Rangers in the Irish Premiership.

Lynch's double strike, with both goals coming in the opening half, helped Larne seal an impressive 3-0 derby win at a sun-kissed Inver Park on Saturday.

Larne continued their good run of form on Tuesday night when edging out Portadown 2-1 in the Irish Premiership at Shamrock Park.

That success saw Larne move to within a point of Glentoran in third place in the Irish Premiership table.

Come back to us if you’ve seen a better touch and controlled finish over the weekend...we’ll wait

Lynch arrived at Larne’s FC Inver Park, having spent the second half of the 2018 season at Sligo Rovers.

Former Regional Utd schoolboy Lynch left Limerick FC before the start of the previous season having re-signed for the Blues in July 2015. The midfielder initially joined American club FC Arizona in the National Premier Soccer League, before switching to Sligo Rovers during the summer.

Lynch holds a First Division winners medal with Limerick from 2016 and also won the 2014 FAI Presidents Cup with St Pat’s and the Premier Division title and FAI Cup with Sligo Rovers in 2012 and 2013. He also spent time cross-channel at West Bromwich Albion earlier in his career.