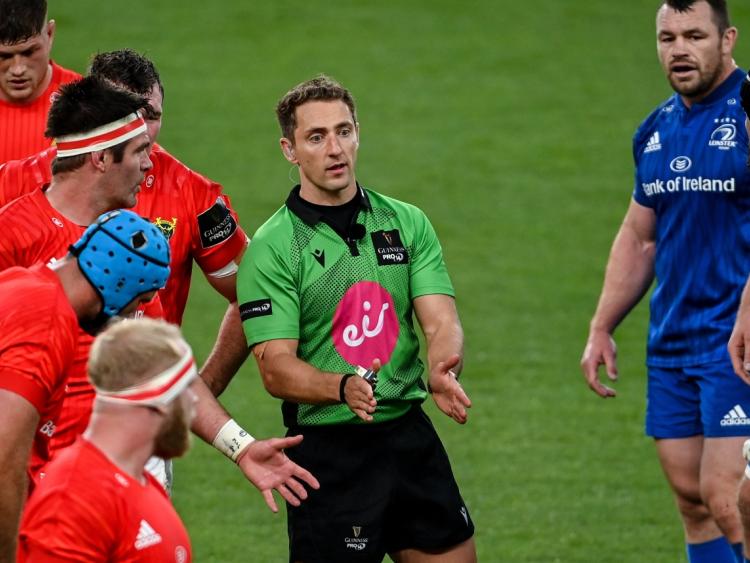 A LIMERICK-BASED rugby referee is to take charge of one of next weekend's big Heineken Champions Cup quarter-finals.

Andrew Brace is to referee the meeting of Ronan O'Gara's La Rochelle and English Premiership side Sale Sharks at the Stade Marcel Deflandre on Saturday at 3pm Irish time.

Thirty two-year-old Brace, who has played with Old Crescent RFC, was chosen as an assistant referee for the Rugby World Cup in Japan in 2019 and received his first Guinness Six Nations appointment in February 2020.

Brace, a full-time professional referee, made his Guinness PRO14 debut in 2015 and earned further recognition at the Junior World Championships and Under 20 Six Nations the following year.