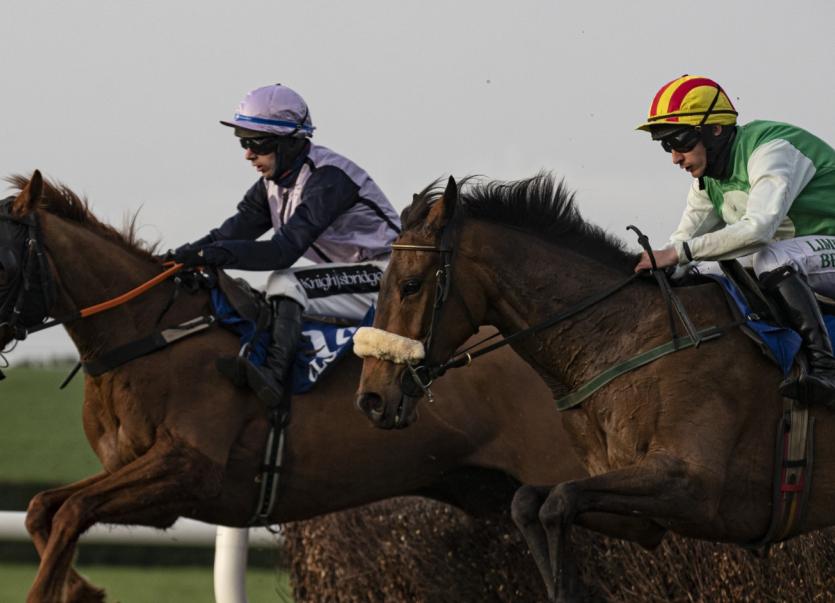 SHANAGOLDEN jockey Chris Hayes kept up his good run of form when landing the opening sprint handicap at Dundalk on Wednesday last on the Lee Smyth-trained Adams Barbour.

One of the outsiders at 28/1, the four-year-old ran loose before the start of the race and showed added enthusiasm when making all the running to win by a neck from 10/1 shot No Speed Limit.

Rathkeale jockey Conor McNamara was on the mark for Willie Mullins at Clonmel on Thursday where Cavallino took the opportunity maiden hurdle. The easy-to-back 100/30 chance beat the Eoghan O’Grady-trained Malinas Glory by a length and a half.

Billy Lee and Paddy Twomey won the second listed contest on the card at Cork on Saturday as the Team Valor-owned Moll came home nicely in front in the Noblesse Stakes. The 6/1 shot headed the front-running Flor De La Luna inside the final furlong to score by a length and a quarter, building on the good form she showed last year.

Now in the trainer’s own colours, the 13-year-old gave County Kildare amateur rider Phidelma Elvin her second winner and her first over hurdles when taking the three-mile handicap hurdle by two lengths from the David Harvey-trained Minella On Line.

Nina Carberry announced her retirement after winning on the Josies Orders at the Punchestown Festival in 2018 and the veteran performer was recording his third victory since then and his 11th in all.