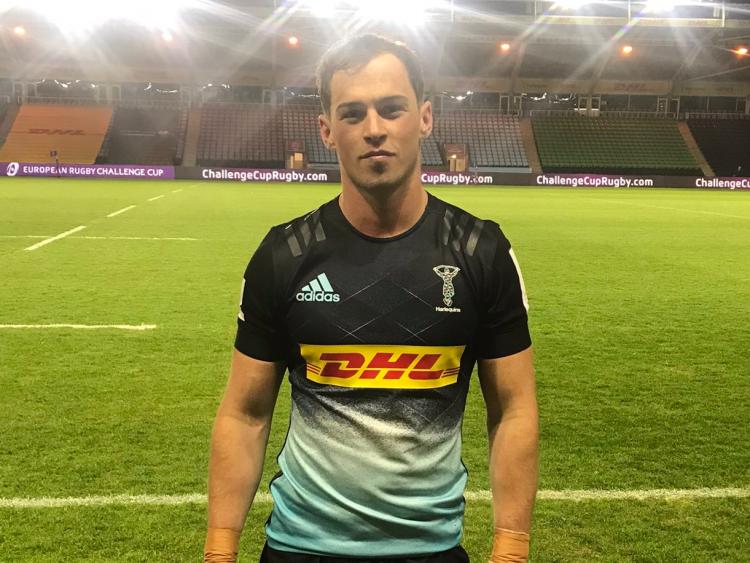 A FORMER Munster, Shannon RFC and Garryowen FC scrum-half has made his European debut for  Gallagher Premiership side Harlequins.

Twenty three-year-old Jack Stafford was introduced as a second half replacement in 'Quins European Challenge Cup meeting with Ulster at The Stoop on Sunday night.

Stafford joined 'Quins last August initially on a short-term deal after impressing in a trial.

The talented half-back joined the Munster Academy in the summer of 2017 and made his Guinness Pro14 debut against Zebre at the Stadio Sergio Lanfranchi in November of that year.

Stafford was released by Munster last year and has added to the depth chart in the nine jersey at 'Quins alongside international duo Danny Care (England) and Martin Landajo (Argentina).

Stafford played in the British and Irish Cup with Munster A.