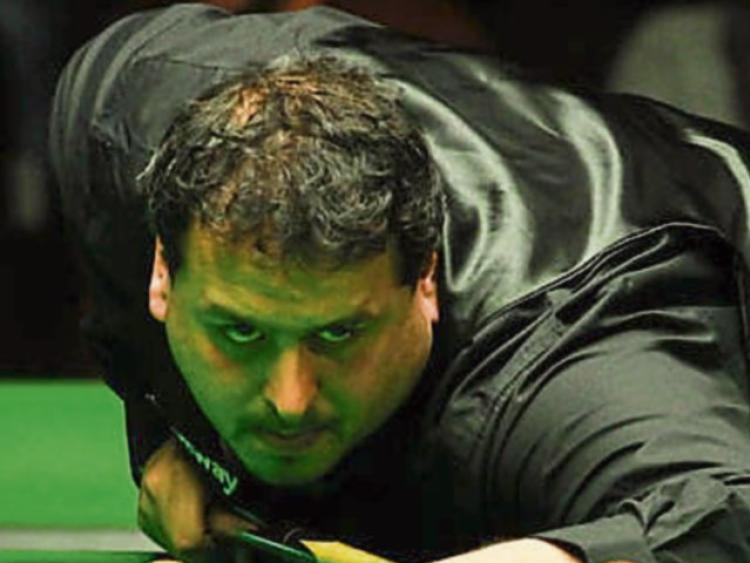 Fernandez is due to take on Scotland's Fraser Patrick in the first qualifying round of the Betfred World Championship from 2.30pm at the English Institute of Sport.

Forty four-year-old Fernandez, who is based in the UK, turned professional in 1995 and competed in the 1999 World Championship where he lost out to Ronnie O'Sullivan.

The first qualifying round pitches players ranked 81-112 at random against the 32 players either ranked lower or among the amateur invites. The qualifying rounds will run from today until April 14 at the English Institute of Sport – Sheffield.

Should Fernandez overcome Fraser Patrick in their best of 11 frame first round qualifier for the Crucible next month, he will face England's Joe O'Connor in a round two qualifying match.

The pick of the first round qualifiers will see seven-time champion Stephen Hendry take on Jimmy White.The pair met in four finals in the 1990s, with Hendry emerging victorious on each occasion.

The 16 players who make it through the qualifying rounds will go through to the Betfred World Championship at the Crucible Theatre in Sheffield, joining the top 16 seeds, for the final stages which run from April 17 to May 3.

Leo Fernandez enjoyed one of the biggest wins of his career at the UK Championships in 2017 when producing a stunning comeback to dump world number three Ding Junhui out of the prestigious Championship at the York Barbican.