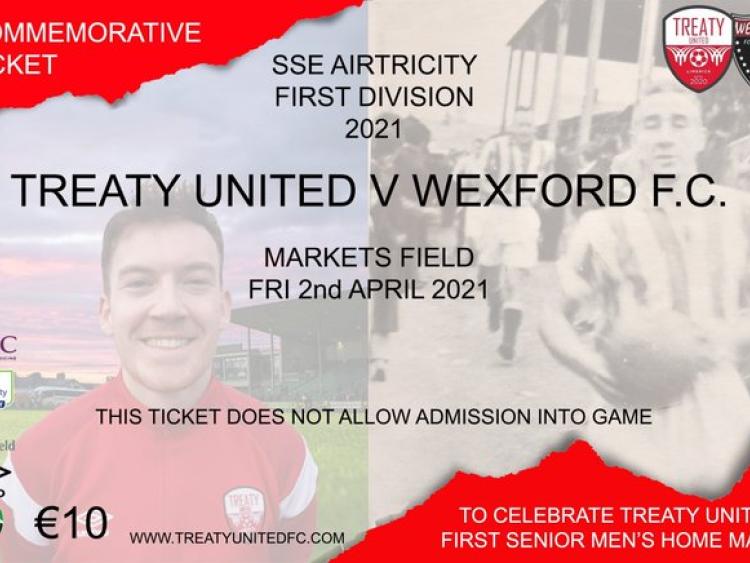 While the game is a behind-closed-doors fixtures, Treaty Utd fans can still show their support on match night by buying virtual tickets.

Virtual tickets for each home game will be on sale here on the week of the game at €10 per ticket. All tickets bought will mean funds going direct to the club

To mark their first ever League of Ireland game on Good Friday, Treaty Utd fans can buy special once-off commemorative tickets for that game.

We can’t yet welcome fans to the Markets Field but you can still show your support.

This commemorative match ticket is on sale now for our first ever @SSEAirtricityLg Men’s game next Friday.

Buy now and get your piece of historyhttps://t.co/y83Np7rlFZ