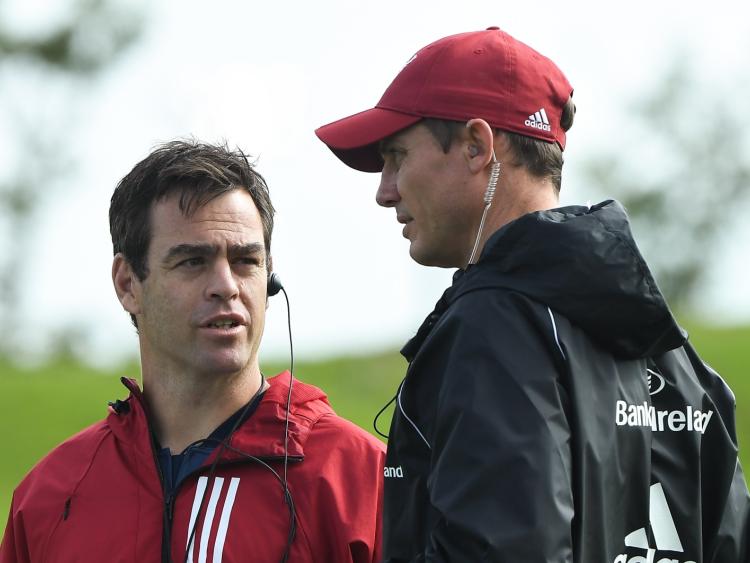 MUNSTER senior coach Stephen Larkham has insisted the arrival of South African forward Jason Jenkins at the province this summer will aid the development of the province's young second-rows and back-rows.

Jenkins, who was capped by the Springboks in 2018, will bring the number of South African-born second-rows at the province to three when he arrives from Japanese club Toyota Verblitz.

Larkham pointed out that Jenkins, who has featured regularly at second-row in his career to date, can be deployed in the back-row as well.

Stephen Larkham said: "We signed Jason (Jenkins) as a back row that can cover second row. We’re losing CJ (Stander) and as soon as that was announced, as soon as CJ announced that to us we tried to get into the market to find someone who could actually replace CJ.

"That’s our thinking behind Jason. He is covering back row first and he’ll offer experience to anyone and everyone in this team in whatever position he plays in or any other position in the back five in that forward pack.

"I can only see that if you’re genuine about winning silverware, which I’ve said we are and you guys obviously think that we are as well, you’ve got to have depth in your squad.