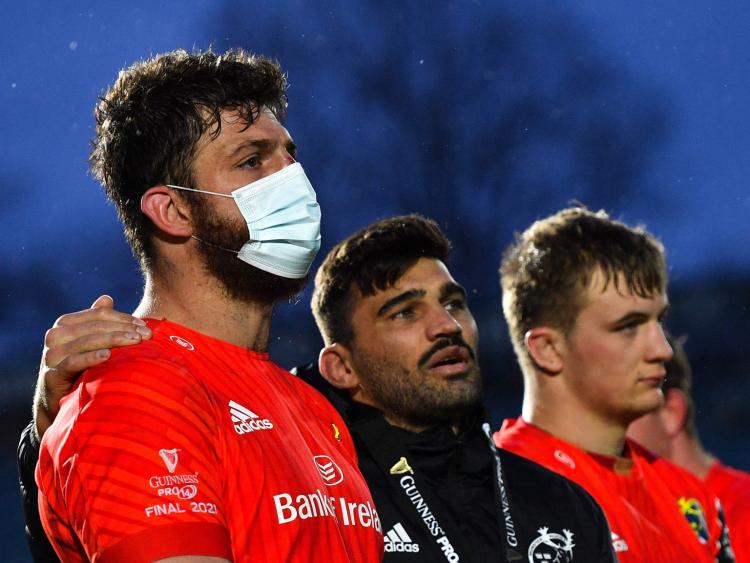 MUNSTER Rugby must regroup for a mammoth Heineken Champions Cup tie with French champions Toulouse next weekend after Saturday's crushing Guinness PRO14 final defeat to Leinster at the RDS.

Munster's hopes of securing silverware for the first time in a decade were shattered in a 16-6 defeat to their arch rivals who were claiming the Pro14 title for a fourth successive year.

Munster head coach Johann van Graan says the squad must get over the disappointment of Saturday's comprehensive loss to Leinster as French aristocrats Toulouse visit Limerick.

Van Graan said on Saturday night: “Toulouse are a fantastic rugby team and they are flying at the moment, you’ve just got to look at the players that they have. That’s sport, you know, and we’ve just got to dust ourselves off, take the next 48 hours to deal with this.

“In a normal season this would be the end of the season and now we’ve got Toulouse next weekend. So that’s just the way it is and the way that things have been restructured because of this pandemic.

“We’re looking forward to getting back home tonight, deal with the disappointment because it is very disappointing for all of us. You don’t get over a loss like this too quickly. If you lose in a final you’re so close, but you are so far so we’ve just got to deal with it and start again with Toulouse.”

Munster will hope that captain Peter O'Mahony, who was replaced during Saturday's PRO14 final, can recover from a leg injury in time to feature against the French Top 14 giants.

Van Graan said: “He’s struggling a bit. He’s got a deep cut to his leg. We’ll know a bit more later, but it didn’t look good.”

Meanwhile, it has been reported that Munster winger Darren Sweetnam is set to join French Top 14 side on a three-month 'medical joker' deal.