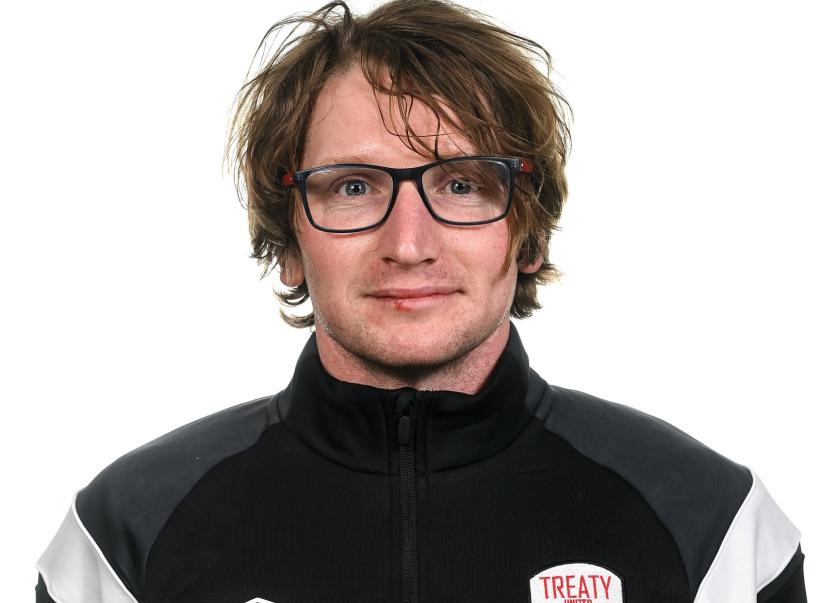 TREATY United women's side have a new manager for the 2021 Women's National League (WNL) season.

Niall Connolly has replaced Dave Rooney in the role with the Limerick club. Treaty Utd kick-off their WNL campaign against Bohemians in Dublin this Saturday, 2pm.

Ahead of the start of the new season, new Treaty Utd manager Niall Connolly has done an interview with the Women's National League website.

How have preparations gone for the 2021 SSE Airtricity Women's National League season?

Niall Connolly: "We, as a staff, have been really happy with our preparations for the upcoming 2021 SSE Airtricity Women’s National League season. When the season kicks off on March 27, we will have completed eight weeks of pre-season.

"We returned on February 1st and have had the privilege of training at the incredible facilities of the University of Limerick four times a week while performing two strength and condition zoom sessions outside of our pitch schedule.

"We are grateful to the board at Treaty United for providing this great platform for us as a group to achieve our objectives. We are very happy with the players' football levels in terms of communication, decision making, execution and football fitness heading into the final week of preparations.

When did you know that you would be taking over at Treaty United? Was it always an aim of yours?

"I received the call on January 16 from Lorraine Counihan informing me that the club would like to give me the opportunity to be senior manager.

"It was very humbling to recognise the support, trust and faith the club had in my ability to lead us in a new direction.

"I got the call while having a family dinner, so it made the moment all that extra special. I have never been shy of speaking about my ambitions and it has always been part of my long-term goal to manage at the highest level of the game in the country.

"And to do so while being part of the Women’s National League and having the opportunity to create a positive impact on the ever growing evolution of the women’s game is something I will not take for granted.

Meet the new man in charge

Having been involved with the club since the start, what developments have pleased you most to see?

"To be honest, all areas in our development has been very pleasing. We continue to learn and grow with each day. We are a young club but we have tremendous people giving up incredible time for us to run effectively and to be the best in all we do.

"The infrastructure has developed to such a professional level and everyone within the club knows the value and importance of their role. We can’t aim to be successful on the pitch and not be off the pitch, so to see the structures off the pitch is fantastic to see.

What are your targets for the 2021 season?

"Our target as competitors is to naturally win every game. We want to be the best in how we perform controlling the controllables within our game structure and if we maximise our preparation efforts, the score will take care of itself.

"In terms of League and Cup targets, we as a group have set out objectives which we will keep internal for now but obviously we want to develop in all areas from our previous season both in the League and Cup.

With your squad completed, new signings coming in, players stepping up from the U-17 team, how do you feel about the roster?

"We, as a staff, are very happy with the squad we have assembled for the upcoming season. A number of the players have come through the underage pathway within the National League and have played at senior level before while the Under-17’s stepping up this season have added a new dynamic to the group.

"We believe we have the right characteristic and personality traits among the group to bring out the best in each individual. Collectively we are a young group but we embrace it as we are both accountability and adaptable with our actions to maximise our performance levels."

While it is a blow not having Marie Curtin available as a player any more, it must be reassuring to have her as part of the coaching staff?

"It is brilliant to have Marie as part of the coaching staff. While having the opportunity to coach her last season and having tactical discussions with her, you could feel the passion she has for the game but more importantly, you could see that fire in her eyes for coaching.

"She has always mentioned she wanted to coach for some time and I felt it was very important to have her part of what we are looking to achieve.

"Already you can see she is transitioning very well from player to coach with the knowledge she provides on a coaching level. Her awareness of the little details in all aspects of the game is so good and we are all learning from her."

Sean Russell is someone who knows domestic football inside out, what can he bring as your assistant coach?

"Sean brings a unique skill set that not many people have. How he effortlessly see’s the game is phenomenal and to then transmit it as a coach on the football pitch is a joy to watch.

"Sean should still be playing the game at his age but he now brings that energy and ability as a coach, and the players are so fortunate to have a coach of his knowledge aiding in their development.

"I worked with Sean before in 2019 with Limerick FC Under-13’s and knew all about his attributes, so linking up with him again in this environment is wonderful. But it’s not just Sean and Marie that provide the fantastic support, we also have John Paul Buckley, Craig Reddan, Aoife Gibbons, David Doody, Ronan Mangan and Jack O’Sullivan who all contribute equally in creating our high performance culture. Without them, what I do wouldn’t be possible.

What has been your own coaching journey to date?
"My coaching journey has been a progression, that I've truly enjoyed. I feel I'm learning every day. I started my coaching badges back in 2012 by participating in the old Kick Start 1 with James Scott and David Lenane as the tutors.

"I took up my first coaching role with my local club Two-Mile-Borris/St Kevins whereby I was involved with squads from U10’s to U16’s with both boys and girls, and even had a short spell as the women’s manager.

"I then had the opportunity to be an academy coach with the NTSFL from 2013 – 2018. For me, this was the most important part of my growth as a coach.

Without it, I wouldn’t be in this position. I had the honour to be head coach of Gaynor Cup squads, a Kennedy Cup squad and Galway Cup squads.

"I also assisted James Scott in running the NTSFL Future Stars and Futsal Academies along with the committee members, which was fundamental in me understanding the player development pathway.

"I also met some amazing people that help guided me towards my growth. I also had a period where I was an auxiliary coach for the FAI within their regional center programmes, again another fantastic experience. I then transitioned to League of Ireland where I was involved with Limerick FC’s U15’s, U17’s and U13’s up until 2019.

"Last season, I had the opportunity to be assistant coach to Dave Rooney here at Treaty United. It was a wonderful learning experiences in which I learned so much and now I’m here, ready to start another path on my journey.

Do you have a specific coaching philosophy, style of play or way of working with players?

"I believe in a positional play game model whereby we control the football through our rhythm of play in a relentless pursuit within the four functions of the game.

"You need to understand the individual behind the person first before you can develop the player so it's something I enjoy, creating a connection with each person. I embrace the challenge of trying to get the best out of each individual be it on or off the pitch.

A good season for Treaty United would be . . .

"That we have established a playing identity whereby we haven’t compromised who we are, developed each players game to a higher level within the Women’s National League and potentially through the international age groups.

"We also want to continue our growth as a football club whereby we have a standard of performance in all areas both on and off the pitch.

"However, a good season for us will be as the great basketball coach John Wooden once said; “Success is peace of mind which is a direct result of self-satisfaction in knowing you did your best to become the best you are capable of becoming."