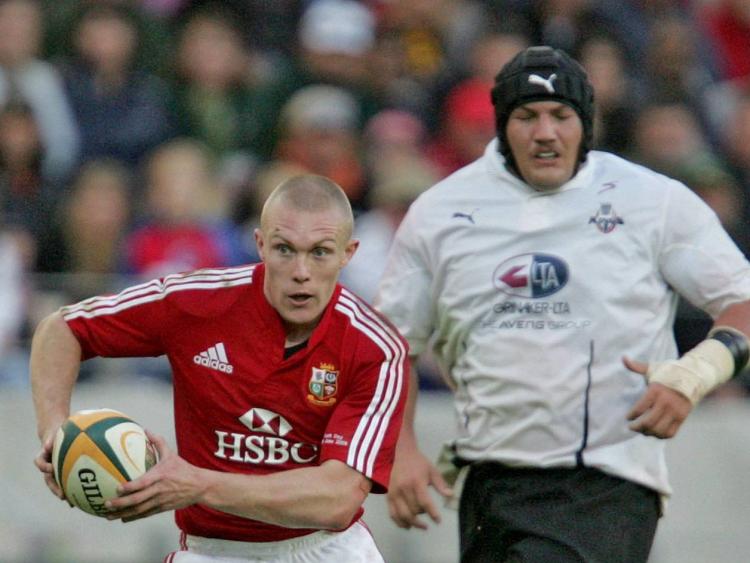 Keith Earls in action for the British and Irish Lions against the Southern Kings XV at the Nelson Mandela Bay Stadium, Port Elizabeth in 2009

Guscott has included two Munster players in his backline and one in the pack in his best XV from the final full round of Six Nations action.

Limerick winger Keith Earls, who toured with the Lions to South Africa in 2009, is named by former Bath, England and Lions centre Guscott on the left wing.

Earls made a total of five appearances for the Lions, as a then 21-year-old, on that tour to South Africa when Paul O'Connell captained the side.

Joining Earls in Guscott's side is fellow Limerick man Conor Murray, who was a member of the Lions touring party to Australia in 2013 and New Zealand again in 2017. Patrickswell man Murray made a total of ten appearances for the Lions over those two tours and was first choice starting scrum-half in the Test matches against the All-Blacks four years ago.

The third player from Munster included in Guscott's selected XV from Saturday's Six Nations fixtures is the versatile Tadhg Beirne.

Former Scarlets star Beirne, who can play in the second-row or back-row, has been superb for Ireland throughout the Six Nations.

In all, on the back of their comprehensive victory over England Guscott includes seven Irish players in his selection, also including Leinster centre Robbie Hewshaw, out-half Jonathon Sexton, tighthead prop Tadhg Furlong and second-row Iain Henderson.

Guscott won two series with the Lions, most notably in South Africa in 1997 when his drop goal in the second test proved decisive.