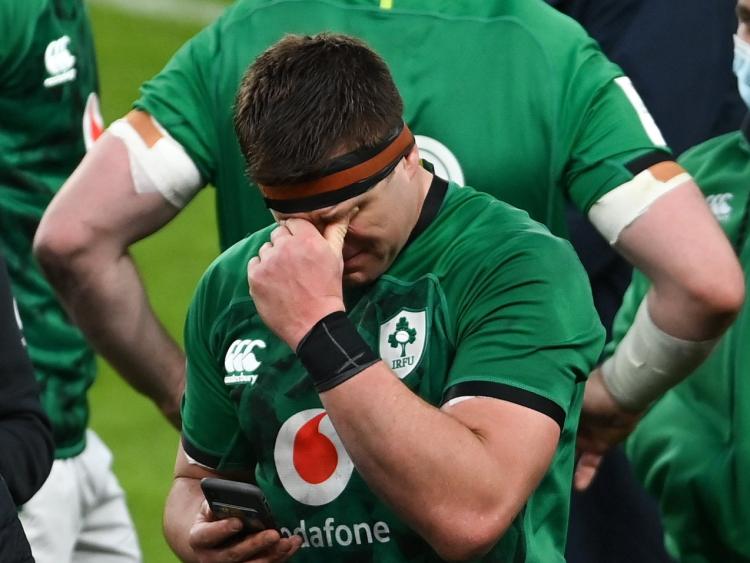 SOON-to-retire Ireland number eight CJ Stander said he was extremely grateful for the opportunity he had received since arriving in Ireland to play rugby.

Stander, who has played 150 games for Munster, made his 51st and final appearance for Ireland in Saturday's thrilling Guinness Six Nations victory over England at the Aviva Stadium.

An emotional Stander said he was very grateful for the support he had received from his team mates and the general public during his time in Ireland.

Stander told Virgin Media Sport: “The staff, everyone in the backroom (team), for me, I’m forever grateful.

“Dreams do come true, and I worked hard for that jersey, to be in this jersey. The boys made it easy to be in it, week-in, week-out, to get up and perform for the team and the staff, I’m just very grateful to the public and the supporters of Ireland.

“It’s been a pleasure for me and my family. From the bottom of my heart, thank you for all the messages and the kind words. I haven’t got through all of them but it means a lot. They are great people and there is a special team here, things are going to happen for this team and it’s going to be a privilege to watch them."

Stander revealed that the absence of supporters was mentioned in the Ireland dressing room at half-time on Saturday when Ireland held a commanding 20-6 lead.

“I want to give everything for that jersey because I feel everything has been given to me that I needed to perform in the last few years.

“I just wish my family could be here, especially my wife and my daughter, and the supporters.

"We spoke about it at half-time. We said imagine that’s the score and we’re running in at half-time, this place would have erupted.

"Those are the special days and I can’t wait for them to come back, be in the seats and cheering the boys on.

“If you are sitting at home tonight, the team really played for that jersey tonight and for everyone who couldn’t be here.

"I am forever grateful. Dreams do come true."

CJ Stander speaking to @sineadkissane after his final game in an Ireland jersey.

Stander and his Ireland team mates are due to return to the Munster squad tomorrow, Monday, as the focus switches to next Saturday's Guinness PRO14 final showdown with Leinster at the RDS, 5pm.