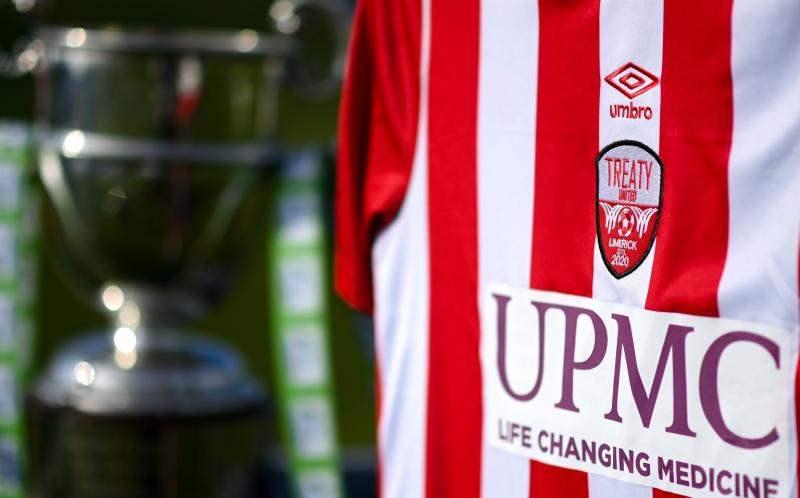 TREATY United recorded their first win as a senior men's club when recording a deserved 2-1 victory over Athlone Town in their pre-season friendly played at the Markets Field on Saturday afternoon.

The win was a timely boost for Tommy Barrett's Treaty side ahead of their SSE Airtricity League First Division opener with Bray Wanderers at the Carlisle Grounds next weekend.

Both of Treaty's two previous pre-season fixtures, against Saturday's opponents Athlone away from home seven days earlier, and against Premier Division Waterford had ended in draws.

All the goals in Saturday's game at the Markets Field arrived in the opening half.

The home side hit the front after just six minutes when Sean McSweeny found the net from close range.

Treaty then replaced Joel Coustrain as a precaution after 20 minutes following an injury concern. Coustrain was replaced by Alan Murphy.

Clyde O'Connell then doubled Treaty's lead mid-way through the half when firing home following an excellent move.

Athlone then pulled a goal back from the penalty spot 10 minutes before half-time.

Neither side managed to find the net in the second half as the teams made a host of substitutions with an eye on the start of the league next weekend.

*Meanwhile, the Treaty United's women side suffered a 6-0 defeat to Galway WFC in Oranmore in a pre-season fixture also played on Saturday afternoon.

Treaty Utd's women's side face a trip to Bohemians for their Women's National League opener next weekend.