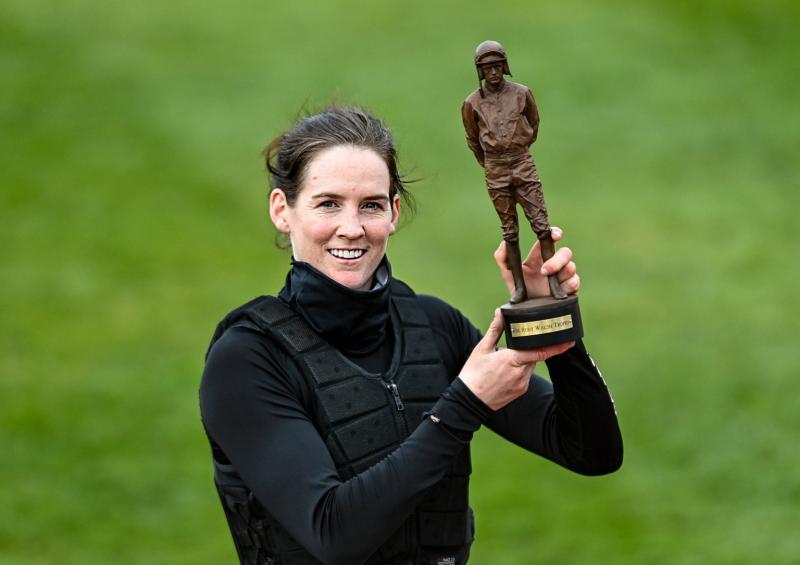 RACHEL Blackmore, who stormed her way to the leading jockey accolade at this week's Cheltenham Festival, is a former student of the University of Limerick.

Thirty one-ear-old Blackmore became the first female to claim the 'Ruby Walsh Trophy' after being confirmed as the leading jockey at the National Hunt Festival with a terrific tally of six winners.

Blackmore's tally included a history-making victory aboard Honeysuckle in the Champion Hurdle on Tuesday.

Tipperary woman Blackmore studied Equine Science at UL. She gradutaed in September 2015, the same year she turned professional in racing and in the same month as she rode her first winner as a professional jockey.

A delighted Blackmore said: "It’s phenomenal. I can’t even comprehend being leading rider in Cheltenham. Getting an award from AP McCoy in the shape of Ruby Walsh – that’s crazy!

"It’s been a brilliant week. Henry de Bromhead is just an incredible trainer and I’m just part of that team and getting on those horses.

"Honeysuckle is definitely the standout moment of the week for me. She’s extremely special and was phenomenal in the Champion Hurdle – and I got a great thrill off Allaho (in the Ryanair Chase).

"I just walked into the weighing room there and saw my mother on ITV – I don’t know how that happened!

"It’s a shame my family can’t be here, but it’s the same for everyone. I hope everyone at home has texted WellChild and donated – those are the things in life that really matter.

"I was hoping I’d get one winner – every jockey thinks like that. When you get one, it’s some weight off your shoulders and everything is a bonus then after that."