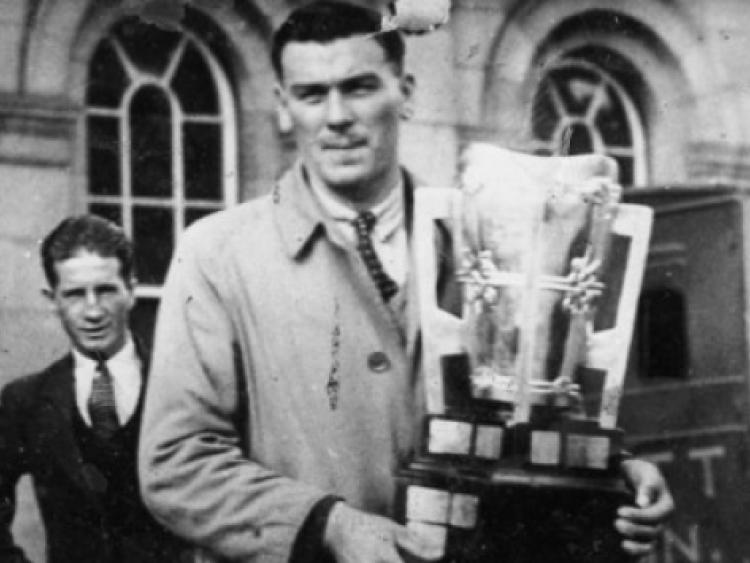 THE 2021 Munster senior hurling champions will be presented with a new cup which honours the memory of  Limerick hurling legend Mick Mackey.

Following a Munster GAA Council meeting on Thursday night, a proposal from the Limerick County GAA Board to present a new cup for the Munster Senior Hurling Championship in memory of Mick Mackey was passed.

The old cup will be stored in the Munster GAA offices in Limerick alongside a number of other cups retired in recent years.

Mick Mackey, a native of Castleconnell, played for Ahane GAA club and was a centre-forward for the Limerick senior team.

Hi inter-county career began in a league game against Kilkenny in November 1930 and ended with an appearance as a sub in a 1947 Munster championship game against Tipperary.

Born in 1912, Mackey was an iconic and charismatic figure on the hurling fields.

In 1961 he was chosen to receive the Texaco Hall of Fame Award for his outstanding contribution to the game of hurling.

In 1980 he was again honoured with the inaugural All-Time All Star Award. Four years later, he was named at centre-forward on the Centenary Team and in 2000 was again chosen at number 11 on the team of the Millennium which also featured the great Christy Ring.

Following a @MunsterGAA meeting tonight, a proposal from @LimerickCLG to present a new cup for the Munster Senior Hurling Championship in memory of Mick Mackey was passed. pic.twitter.com/lQVZQLP1us