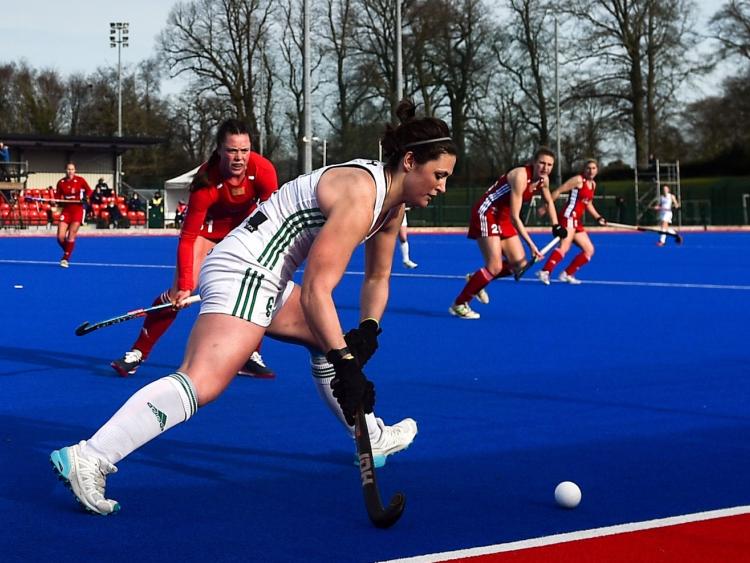 LIMERICK woman Roisin Upton made it a hat-trick of penalty goals for Ireland against Olympic champions Great Britain when scoring in their final Softco series fixture in Belfast on Tuesday afternoon.

Twenty six-year-old Upton fired Ireland ahead 1-0 at Queen's University when making no mistake with her penalty stroke with 10 minutes left.

However, Izzy Petter's late equaliser earned a 1-1 draw with Great Britain in the third and final fixture in the series.

Ireland and Great Britain are due to meet again at the Tokyo Olympics on July 31.

Upton found the net for the Olympic-bound Ireland women's hockey team for the second day in a row against GB in the three-match Softco series at Queen's University.

Limerick woman Upton had also scored goal from a penalty stroke in the first game in the uncapped series on Saturday which ended in a 2-1 win for Great Britain.

The ice-cool Upton famously also converted her penalty in the sudden death shoot out to help Ireland qualify for the Olympic Games for the first time ever with a play-off win over Canada in November 2019.

Roisin Upton won the first of her 76 Ireland caps against Scotland in November 2016. The talented Limerick woman was a key member of the Ireland team which won a silver medal at the 2018 Hockey World Cup in London.