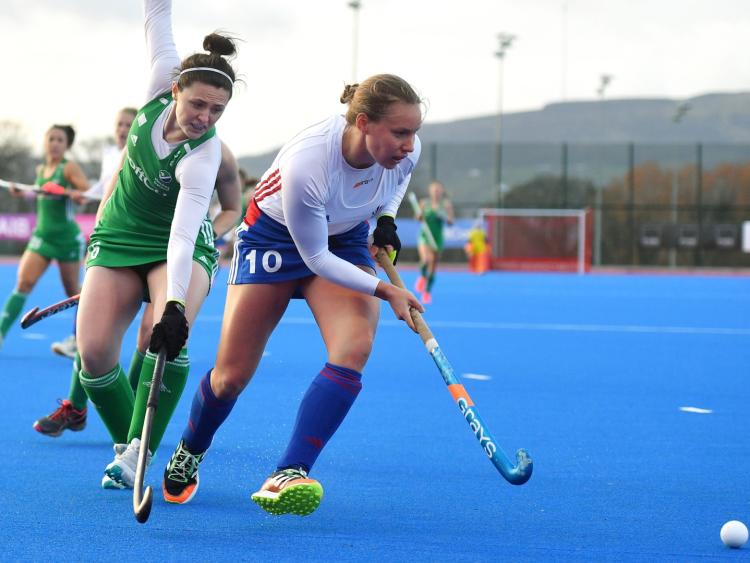 Limerick's Roisin Upton, of Ireland, closes in on Sarah Robertson, of Great Britain, during the SoftCo Series international hockey match in Belfast on Sunday

Upton found the net for the Olympic-bound Ireland women's hockey team for the second day in a row against GB in the three-match Softco series at Queen's University.

Limerick woman Upton had also scored goal from a penalty stroke in the first game in the uncapped series on Saturday which ended in a 2-1 win for Great Britain.

The ice-cool Upton famously also converted her penalty in the sudden death shoot out to help Ireland qualify for the Olympic Games for the first time ever with a play-off win over Canada in November 2019.

Midfielder Roisin Upton, a World Cup silver medal winner, won the first of her 76 Ireland caps against Scotland in November 2016.

The Ireland women's side play GB in the final fixture in the Softco series on on Tuesday afternoon at 3pm.