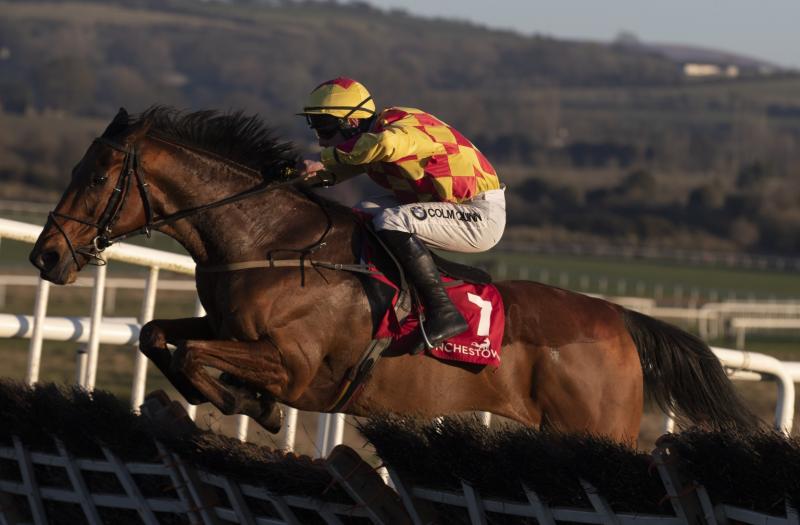 ASKEATON trainer Davy Fitzgerald was responsible for the widest margin winner at Punchestown on Monday last.

The Limerick handler won the two and a half-mile handicap hurdle with the Belinda O’Brien-owned Hilltop Supreme which beat the Jimmy Mangan-trained Chelseas Friend by seven and a half lengths at those very odds, 15/2, under Kevin Brouder.

The Brimming Water was the 80/1 winner of the opening division of the two and a half-mile maiden hurdle at Fairyhouse on Friday.

Trained in Rathkeale by Eric McNamara, the six-year-old had appeared as a 150/1 chance in the betting shows in the minutes before the race and had plenty to spare as he beat the Shark Hanlon-trained 3/1 shot Gaulois by a length and a quarter under McNamara’s son Conor.

“This horse showed us quite a bit a while back and he seemed to lose his way. His last two pieces of work he seemed to come back to himself. Hopefully he might go on from this and, if the handicapper is not too hard on him, we might get another day out of him somewhere along the line,” said the winning trainer.

Ridden by Philip Byrnes, the 11/2 chance led inside the final furlong to beat the Joseph O'Brien-trained Melliferous by a length.

Limerick jockeys Chris Hayes and Billy Lee fought out the finish to the evening’s finale with victory going to the Shanagolden rider on the Jimmy Coogan-trained Stop On Red. The strong 7/2 favourite was a length and three-parts too good for Ted Walsh’s Chummie.