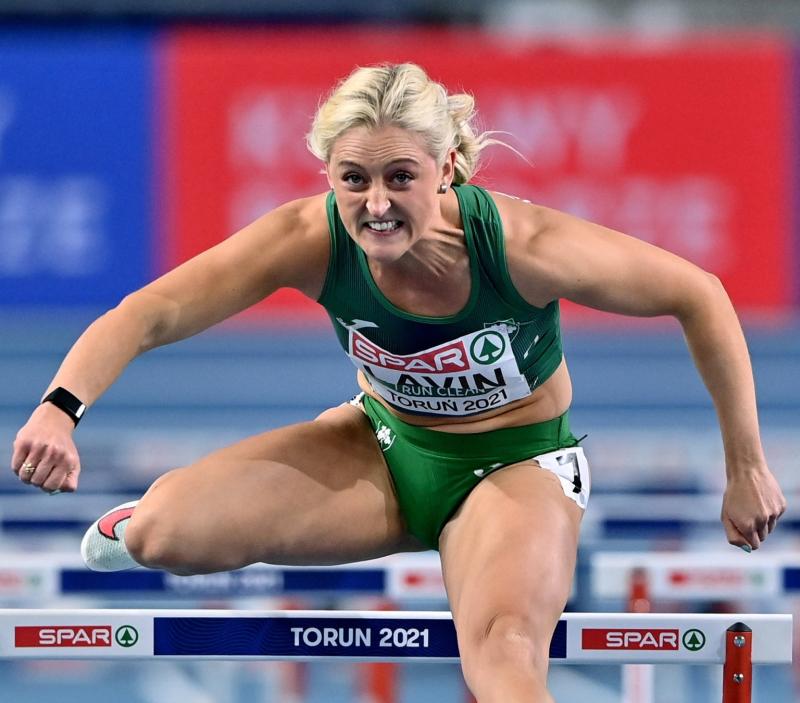 EXCITING Limerick athletes Sarah Lavin and Ciara Neville qualified for their respective semi-finals at the European Indoor Championships in Poland on Sunday, before narrowly missing out on a place in the final.

Lisnagry athlete Lavin, of Emerald AC, finished in fourth place in her semi-final of the women's 60m hurdles in a time of 8.07, just outside her new personal best set in Saturday's opening round heats.

Twenty six-year-old Lavin had knocked six hundredths of a second off her personal best for the event as she ran a superb 8.03 to qualify for Sunday's semi-finals in Torun.

Meanwhile, Monaleen's Ciara Neville qualified for her second European Indoors Championship semi-final in the women's 60m. Monaleen woman Neville finished fourth in her first round heat on Sunday morning to qualify automatically for the semi-finals.

The 21-year-old who, like Lavin is coached by Noelle Morrissey, overcame a difficult lane draw in eight to clock a time of 7.37 seconds, behind heat winner Amelie-Sophie Lederer who ran 7.30.

UL student Neville's personal best time is 7.30. It is also the joint second fastest 60m ever ran by an Irishwoman.

Former Castletroy College student Neville clocked 7.37 again in her semi-final later on Sunday to claim a seventh-placed finish, but miss out in a place in the final.

Ciara Neville clocks a time of 7.37 in her 60m semi-final #Torun2021 @irishathletics pic.twitter.com/GQ5zn4C7fW