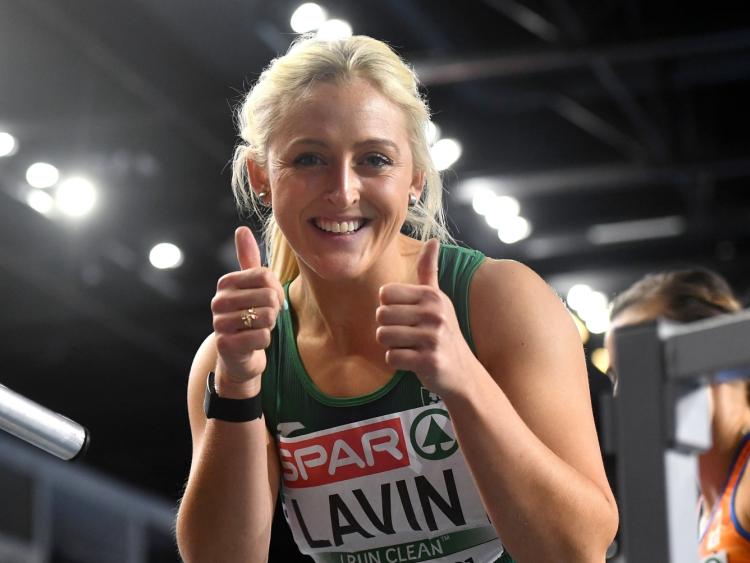 LIMERICK'S in-form sprint hurdler Sarah Lavin has stormed her way into the semi-finals of the women's 60m hurdles at the European Indoor Championships in Poland this Saturday.

Lisnagry athlete Lavin, of Emerald AC, knocked six hundredths of a second off her personal best for the event as she ran a superb 8.03 to qualify for Sunday's semi-finals in Torun.

The 26-year-old Limerick woman, coached by Noelle Morrissey, finished in third place in her Saturday morning heat  behind reigning champion Nadine Visser of the Netherlands and Britain's Cynthia Sember.

Derval O'Rourke remains the only Irish woman to go faster than Lavin for the event.

2013 European U20 silver medalist Lavin will now compete in Sunday's semi-final which takes place at 12.30pm.

The Limerick hurdler has been in terrific form in 2021.

Lavin had set two personal bests in the space of an hour in Madrid last month when storming to a third placed finish in the final of the 60m hurdles at the World Athletics Indoor Tour event in the Spanish capital.

Lavin clocked an impressive personal best time of 8.13 for the final to claim a podium finish behind race winner Visser of the Netherlands.