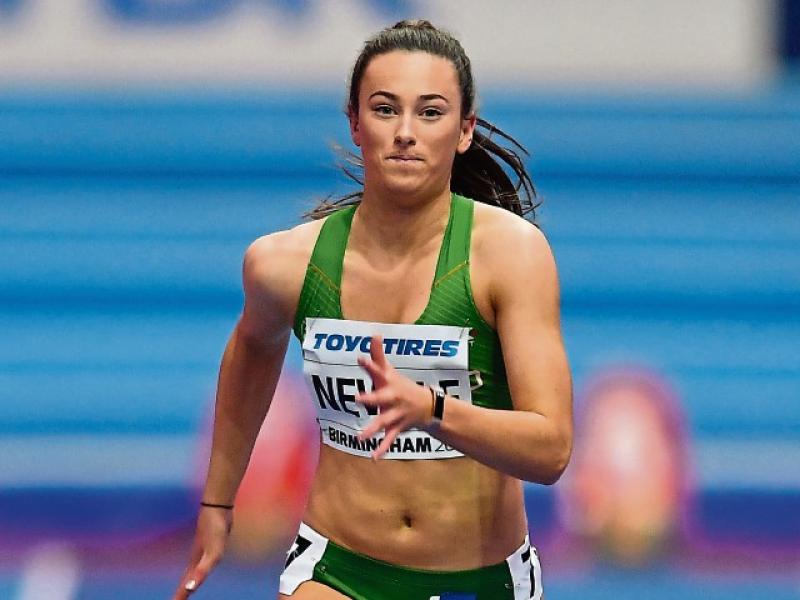 Hurdler Sarah Lavin continued her terrific form ahead of the upcoming European Indoors when setting two personal bests in the space of an hour in Madrid on Wednesday evening last.

Lavin, of Emerald AC, stormed to a third placed finish in the final of the 60m hurdles at the World Athletics Indoor Tour event in the Spanish capital.

Lavin clocked an impressive personal best time of 8.13 for the final to claim a podium finish behind race winner Nadine Visser of the Netherlands.

The Noelle Morrissey-coached athlete had earlier powered her way into the final with an impressive third-placed finish in the semi-final.

Lavin clocked a new personal best time of 8.14 seconds to qualify for the final. The talented hurdler achieved the qualifying time for the European Indoors with an impressive third place finish in the 60 hurdles at the World Indoor Series Silver Meet in the Czech Republic last month.

The Limerick woman clocked an impressive 8.18 for the event in Ostrava to achieve the qualifying mark.

Lavin will be in action in the 60m hurdle heats in the European Indoors from 10.30am on Saturday morning.

Ciara Neville, also of Emerald AC, will compete in the women's 60m at the prestigious championships.
Neville, who is also coached by Noelle Morrissey, equalled her lifetime best indoors of 7.30 seconds to impressively win the 60m sprint at the Vienna Indoor International in Austria in January.

Neville reached the semi-final of the 60m in the European Indoor Championships in Belgrade in 2017, in her first international senior championship when aged 17.

Former Castletroy College student Neville will compete in the women's 60m heats from 9.20am on Sunday morning next in Poland.

A record 733 athletes (405 men, 328 women) from 47 countries have registered for the 36th edition of the European Indoor Athletics Championships which take place in the Arena Toruńn.

The entry-lists include 17 reigning European indoor champions from 2019.