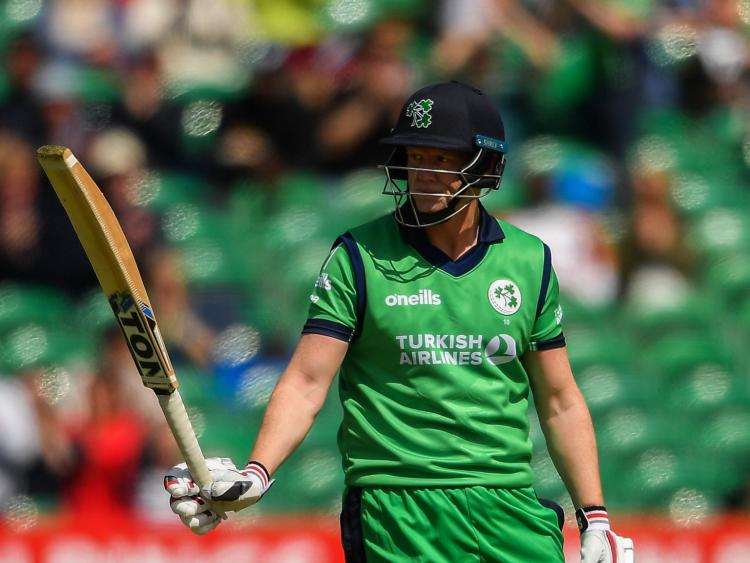 On the 10th anniversary of his stunning match-winning World Cup innings against England in Bangalore, O'Brien is hosting a free online Q&A on Zoom, inviting fans to quiz him about his dramatic World Cup knock and anything else that is on their mind during the lockdown.

Kevin O'Brien told Leader Sport: "Being away on a tour with Ireland in January I was chatting to a friend of mine over Zoom. He was just saying about how miserable it was in Ireland, the weather was brutal, dark for so long, the lockdown continuing and we got chatting back it.

"We were wondering was there anything we could do to try and lift peoples' spirits or get them looking forward to something. Obviously with the cricket season due to start in April time we decided we would do a question and answers type session in the lead up to the season.

"It started snowballing from there and it has kicked on in the last two weeks and we have been getting the word out.

"Hopefully it will gather a bit of momentum, but most importantly it is just about giving people something to look forward to and get ready for the season, due to start the end of April.

"I would like to stress that this is not just for cricket fans and people who play the game. It is for anyone who is interested in sport. The questions don't have to be about cricket, they can be about growing up, dealing with success, dealing with failure, that type of thing.

"Its just a general chat asking anything in a Q&A session.

Little something to help get through lockdown, I’m doing a free to join Zoom ask me anything Q & A with @CricketBadge as host on March 2nd to chat all things Irish cricket + beyond.

Chance to win some special prizes for you & your club.

"Obviously the World Cup game with England being 10 years ago, it fits in nicely, but mainly for me it is about giving a little back to the sports community first and foremost and the cricket community in Ireland and overseas.

"It is a good way too for me to promote my coaching Academy which I am relaunching this summer and hoping to do a lot more coaching at grassroots level all the way up to semi-professional level at the inter-provincial system."