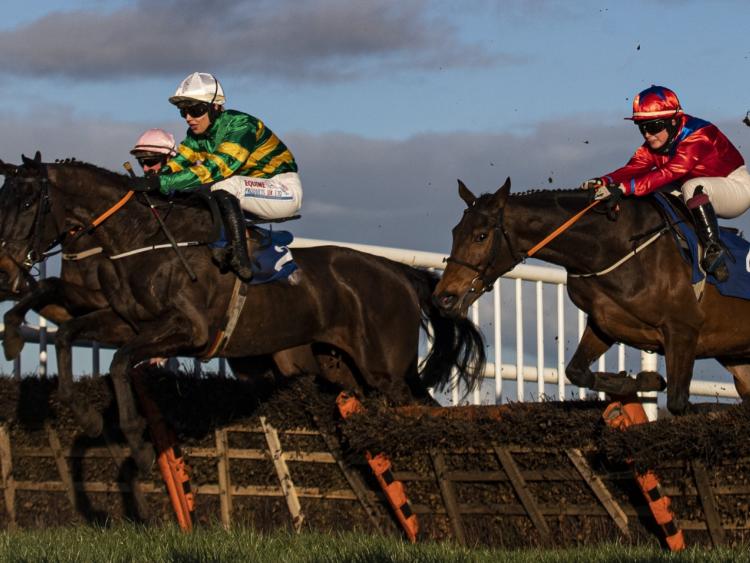 BRUREE-BASED trainer Enda Bolger and Mark Walsh combined to win the second division of the mares’ maiden hurdle at Fairyhouse on Monday on the JP McManus-owned Norwigi.

It was all too easy for the strong 4/9 favourite which made most of the running and came home eight and a half-lengths clear of the Paul Nolan-trained 9/2 shot Western Zara.

The McManus colours were carried to success again at Thurles on Thursday where Fighting Fit won the ladies’ handicap hurdle in great style. A well-backed 6/5 favourite, the Philip Dempsey-trained six-year-old added to his recent Punchestown success with a comfortable five and a half-length win from Silk Worm under Askeaton jockey Aine O'Connor.

Trainer Denise Foster won the opening division of the seven-furlong median auction maiden with the Billy Lee-ridden Swiss Swoo at Dundalk on Friday.

The Fergal Thomas Moore-owned three-year-old got up close home to deny 100/1 chance Newpark by a short-head, the pair narrowly beating Johnny Murtagh’s 5/4 favourite Skilled Warrior into third place. It was Ballingarry jockey Lee’s 104th winner at the venue.

Enda Bolger ended the week as he started it, with a winner. He took the second division of the two-mile maiden hurdle at Naas on Sunday with the Mark Walsh-ridden Genois, the 100/30 chance comfortably defeating Willie Mullins 4/5 favourite Micro Manage by four lengths in the JP McManus colours.

Charles Byrnes won the handicap hurdle with the Kevin Brouder-ridden Light Brigade which just lasted home to beat the Ross O'Sullivan-trained Bythesametoken by three-parts of a length at odds of 4/1.