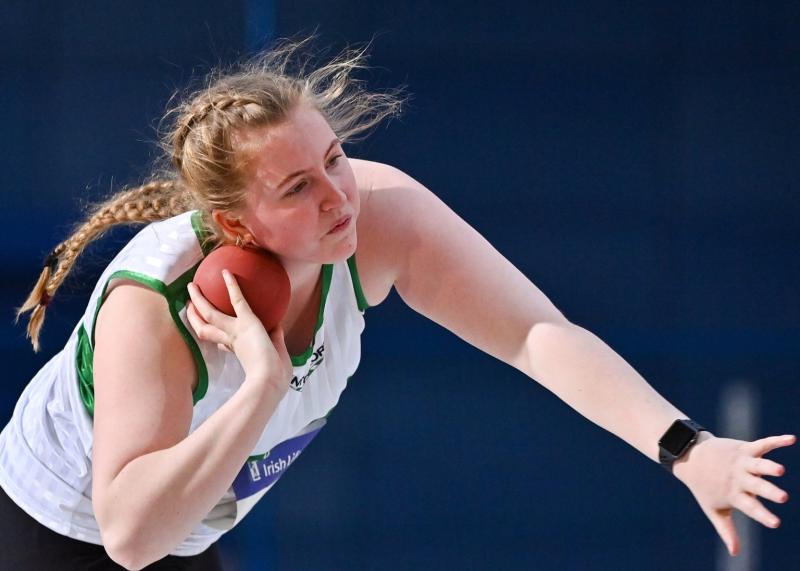 SARAH Lavin (Emerald had added further Olympic qualification points with excellent times of 8:20 and 8:22, while winning both heats of the 60mh at the Athletics Ireland ‘Micro-meet’ National Indoor Arena, Abbotstown.

She has already qualified for the forthcoming European Indoor Championships in Torun, Poland.

Belated congratulations to Amy O’Donoghue who last weekend knocked 4 seconds off her 1500m pb running 4:14.54 at the Bryggen Invitational meet in Manchester.

Shane O’Sullivan Dooneen has entered the 5K leaderboard in fourth position after a pb time of 16:24.
Niall O’Riordan (An Brú) continues to lead on 15:35 from Barry O’Callaghan (West Limerick) on 15:38. Mallow’s Breda Gaffney on 18:52 is first Woman.

Well done to all who have so far taken part. To enter visit westlimerickac.ie or Myrunresults.com.
Well do to all who took part in #notparkrun, the Operation Transformation 5K, the Run Clare Series 5 Mile and other virtual runs. Some names include Patricia Wade, Joanne Browne, Karen Murnane, Cyril Power, Úna Power and others.

A time of 7.86 in the 60m was enough for Lena Barry (Emerald) to take Gold at the National Indoor Championships in Nenagh.

Thomas Carey (Ardscoil Rís) and Keith Lynch were 3rd and 5th in the All Ireland Senior Schools Cross-Country Championships in Dungarvan.