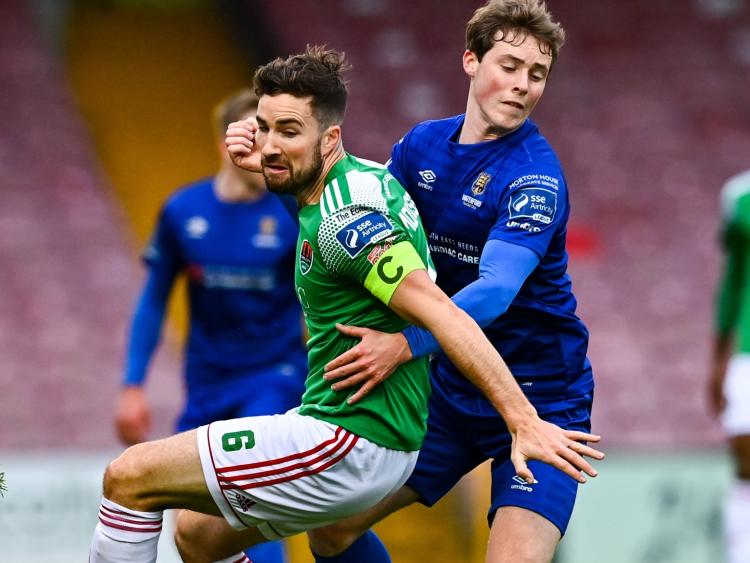 Will Fitzgerald, right, in action for Wateford against Gearóid Morrissey of Cork City during the SSE Airtricity League Premier Division match at Turners Cross last season

Twenty one-year-old Fitzgerald, from Raheen, joins the Candystripes from Waterford FC on a 12-month contract.

Attacking midfielder Fitzgerald was part of Stephen Kenny’s Rep of Ireland under-21 squad last year and has played his club football at Limerick.

He had enjoyed an impressive season with Limerick in the Premier Division in 2018.

Fitzgerald, who played his schoolboy football with Mungret Regional, went on represent the Limerick District Schoolboy League at Kennedy Cup level, under the management of Jason O’Connor.

Derry City manager Declan Devine believes Limerick winger Fitzgerald has a real opportunity to show his quality this season in his new surroundings.

“I’m not the first Derry City manager to try to bring Will to the Brandywell so I’m thrilled that we’ve got our man,” Declan Devine said.

“He’s only 21 but he has already played more than 50 games in the League of Ireland which tells you something.”

“Will has been fantastic in training and has settled in very quickly.”