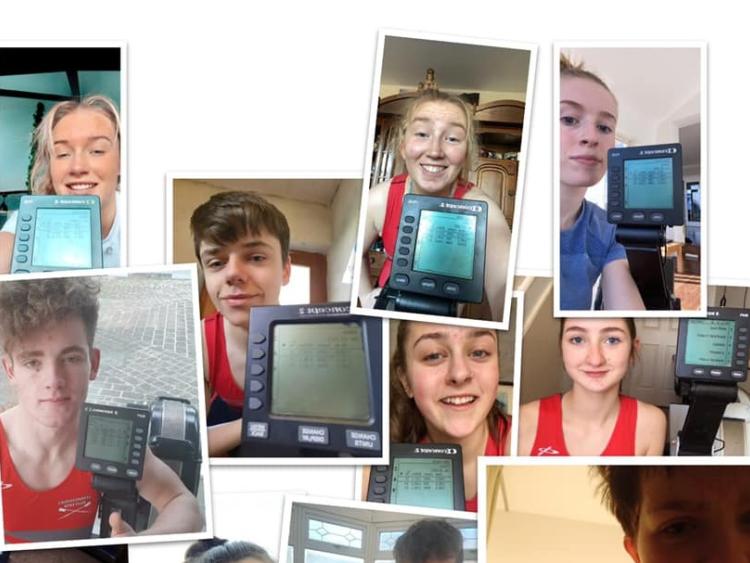 THE Irish indoor rowing championships took place recently, but due to Covid-19 restrictions the event took place online with competitors connecting their rowing machines at home to their laptops and racing each other virtually.

With the event being ran online it opened up the championships to many overseas competitors including a number from Zimbabwe, Canada, Greece and the USA.

Castleconnell Boat Club showed their strength in number with over 40 competitors taking part in a field of over 600 competitors.

Among the most notable successes was that of Eoin Gilmartin, from St Annes School in Killaloe when he won the Men’s U-18 2000metre race in a time of 6 minutes 29 seconds.

In the men’s U-18 1000 metres Stevie Cunningham won a silver medal.

Meanwhile, in the Women’s U18 1000metre race Castleconnell had a clean sweep winning gold, silver and bronze medals through Tara Mulready, Katie Moloney and Aisling Scully.

In the Women’s U-18 500metre race Castleconnell also won a silver medal through Ciara Kiely.

In the younger age events Castleconnell showed dominant performances with Liam Walters and Brian McGrath taking gold and silver in the U-16 500metres, Liam McGrath also went on to win a bronze in the U-16 2000 metres race.

Also on the women’s side Annick Frohburg had a fantastic performance winning a silver medal in the U-16 women’s 2000metres being beaten only by the world record holder in this event from Zimbabwe.

At the under 15 age category again it shows Castleconnell’s future is bright as they again had a clean sweep in the men’s under 15 500 metre race with Gold going to Tudor Ventuneac, Silver to Mathew Burke and Bronze to Tristan Feldon.

Mathew Burke went on to win gold again in the men’s under 15 1000 metre race in a filed of over 40 competitors.

Not to be outdone the women competitors also performed valiantly in the U-15 section with Sibeal Ni Fhlaithbheartaigh winning gold in the U-15 500 metres , while claiming silver in the women’s U-15 1000 metres.