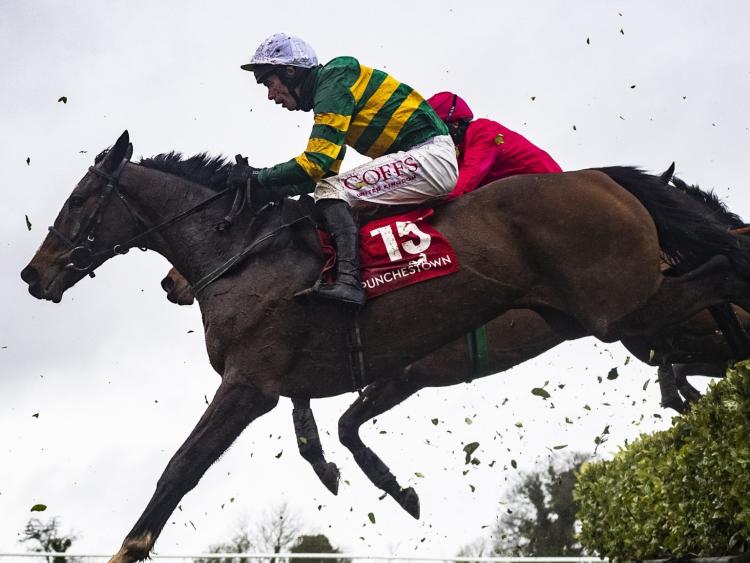 Shady Operator, trained in Bruree by Enda Bolger, and jockey Derek O'Connor on their way to winning at Punchestown on Sunday Picture: Patrick McCann/Racing Post

BALLINGARRY trainer Richard O’Brien sent out the final winner of the evening at Dundalk on Friday where Benavente landed the seven-furlong conditions’ race under Shane Foley.

The 9/4 chance was three-parts of a length too strong for the Joseph O'Brien-trained Devil’s Outlaw, the 8/11 favourite. For good measure, O’Brien and owner Frank Lynch who also took third place with the Ronan Whelan-ridden Eloso.

“He had a nice smooth run from his last race to this and we were hoping he'd go and do something like that, I thought he was quite taking.”

This year’s Cheltenham Festival might not be on the agenda, but connections have plenty to look forward to with Shady Operator which won the PP Hogan Memorial Cross Country Chase at Punchestown on Sunday.

Trained in Bruree by Enda Bolger, the eight-year-old was a first winner over the banks’ course for top amateur Derek O'Connor who had little difficulty in the getting the even money favourite home a two and a half-length winner from the Peter Maher-trained Blast Of Koeman.

Bolger said of the JP McManus-owned winner, “We’ll see how he is after this. I don’t if he’ll be good enough to go to Cheltenham. He could be a horse for here but we’ll see when we get him home and talk to the boss man.”