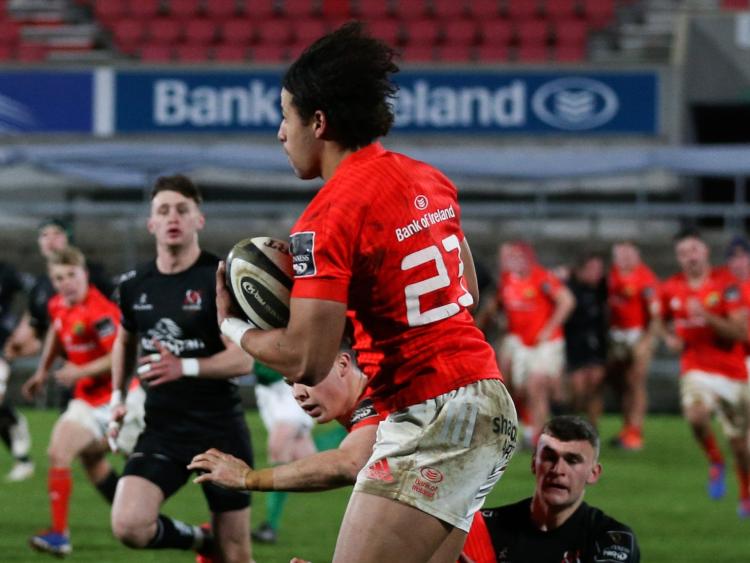 TRIES from replacements Jeremy Loughman and Limerick man Conor Phillips were enough to give Munster A a deserved 16-7 victory over the Connacht Eagles at the Sportsground.

It was a useful workout for both sides with the more experienced Munster side holding an edge for most of the encounter.

A Jack Crowley penalty gave Munster a 3-0 interval lead having played against the stiff breeze in the opening half of Friday's game.

He switched places with at the break, moving to the centre to allow the equally promising Jake Flannery take over at out-half.

A yellow card to experienced Connacht prop Paddy McAllister proved costly after the break as Munster drove from a lineout penalty and while the initial forays were defended, Loughman squeezed over for the opening try.

Loughman came on at the break for Roman Salanoa, who came through the opening half without any problems after missing his first start a few weeks ago against Benetton with a back injury in the warm-up.

Former Munster player Conor Fitzgerald hit back for Connacht with a try after a tapped penalty and he also added the difficult conversion into the teeth of the breeze to cut the gap to 8-7 after 49 minutes.

Both sides emptied their benches but the tempo of the game continued to increase with Flannery extending Munster’s lead with a penalty after 65 minutes.

Connacht pushed for a try to win it but Munster countered and former Crescent College winger Phillips wrapped it up in the closing stages after an intercept from Sean French.

Garryowen hooker Diarmuid Barron captained the victorious Munster A team which featured an even split of seven senior players and seven Greencore Munster Rugby Academy members in the starting XV.