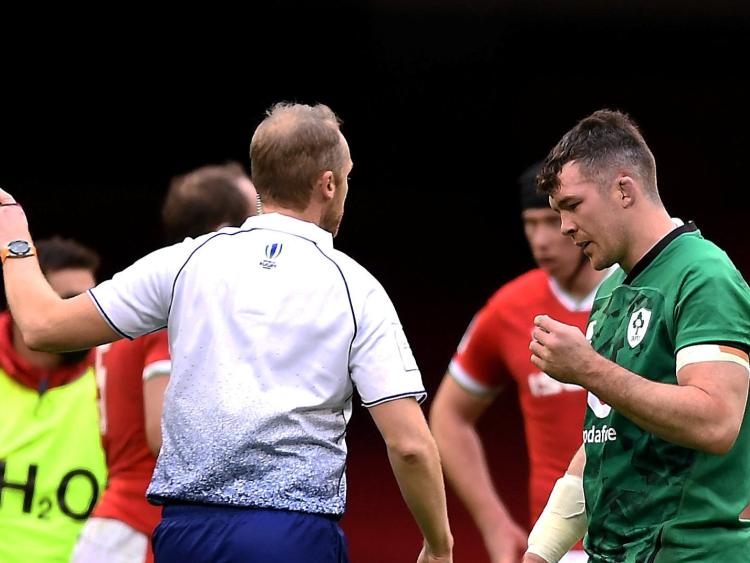 IRELAND flanker Peter O'Mahony has been given a three-match ban after receiving a red card in Sunday's Six Nations Championship defeat by Wales in Cardiff.

Munster captain O'Mahony was dismissed by referee Wayne Barnes in the 14th minute of Sunday's match for dangerous play at a ruck.

O'Mahony will miss Ireland's Six Nations game with France in Dublin this weekend and the subsequent Six Nations fixtures with Italy and Scotland. He will, however, be available for selection against England on March 20.

The committee found that the Ireland player's actions amounted to "reckless contact with the head" and found that the entry point was mid-range, which carries a six-week suspension.

However, the fact there were no off-field aggravating factors as well as the player's record and conduct in the hearing, O'Mahony received a 50% reduction of sanction in mitigation.