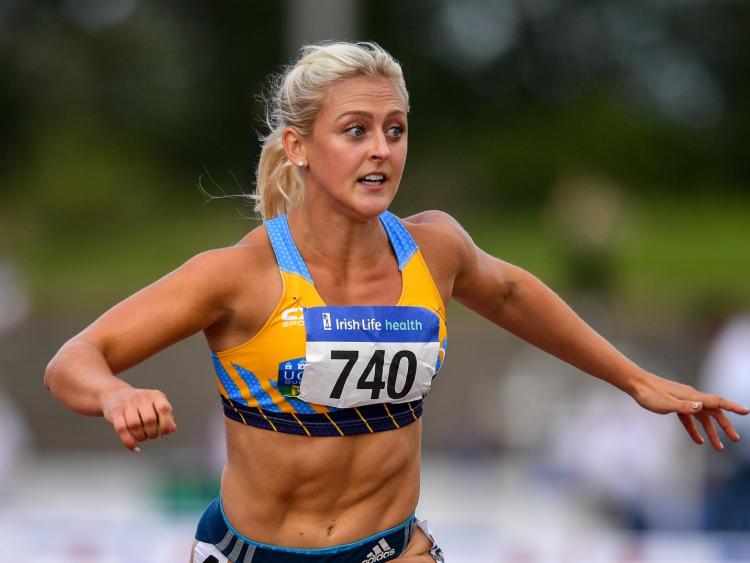 LIMERICK athlete Sarah Lavin achieved the qualifying time for the European Indoor Championships with an impressive third place finish in the 60 hurdles at the World Indoor Series Silver Meet in the Czech Republic.

Lisnagry athlete Lavin, of Emerald AC, clocked an impressive 8.18 for the event in Ostrava to achieve the qualifying mark for the European Athletics Indoor Championships which take place in Torun, Poland from March 5 to 7.

Lavin posted a then personal best of 8.24 for fourth place in the 60m hurdles in the Vienna Indoor International in Austria four days earlier, before bettering that time on twice occasions in Ostrava.

However, Emerald AC athlete Neville was forced to withdraw from the 60m after picking up a strain in the warm-up.
Neville had equalled her lifetime best indoors of 7.30 seconds to impressively win the 60m sprint in Vienna four days earlier. It was the 21-year-old's first race in 11 months.

Neville has already achieved the qualifying time for the European Athletics Indoor Championships in Poland next month.