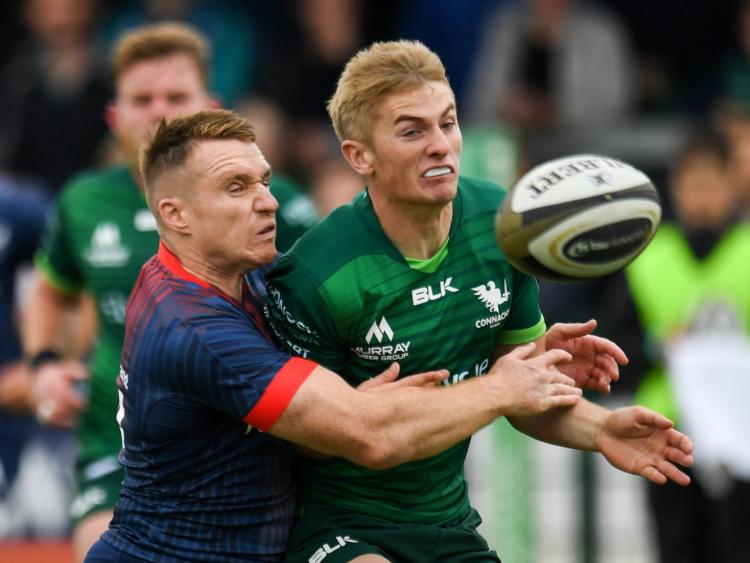 Connacht's Conor Fitzgerald is tackled by Rory Scannell, of Munster, in the provinces' pre-season friendly in 2019

IT has been confirmed that Munster will face Connacht at 1pm on Friday, February 12, in an interprovincial challenge match at the Sportsground in Galway.

The fixture has been scheduled to give players game time as Munster have no competitive outing in the Guinness PRO14 until the clash against Edinburgh at Murrayfield on Saturday, February 20 (7.35pm).

The provinces faced off twice before the start of the season with Munster coming out on top in both entertaining encounters that proved valuable warm-up fixtures for the current season.

The Munster Rugby squad is set to reassemble tomorrow week, February 9 to step up preparations for the next phase of the season.

Head coach Johann van Graan said: “This has been a long block of rugby, some sore bodies. The time of Covid-19 mentally it has been such a long time since we have had a proper break. So we will go on a nine-day break now and then come back in on Tuesday week.

“We will play the game against Connacht with some guys who really haven’t had gametime and then refocus for the final push of the season which is four more months of rugby so really looking forward to the break now.”