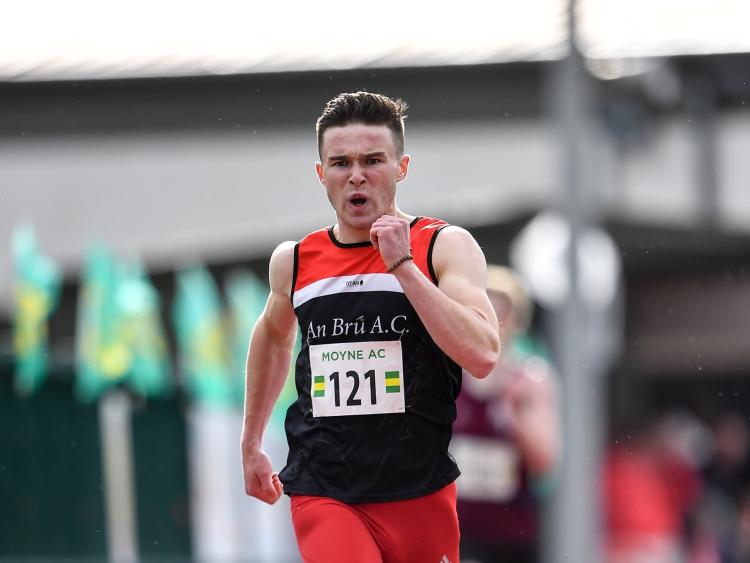 WHAT are you doing at the moment?

MARK CARMODY: “I graduated from NUIG in November 2019 with a degree in Mechanical Engineering. After that I spent a little over a year working outside Belfast as a Mechanical Engineer and Project Manager. I’ve just started a Masters in Electronics from QUB.”

What led you to take up the sport?

MC: “During the Christmas of 2015 I was idle, so I asked my brother Michael to put together a few weeks of training for me. Seeing as I was training, I decided to enter a race (Munster U23 Indoors) at the start of January.

“I was at the back of the field and nearly stumbled coming around the home bend as my legs just weren’t strong enough.

“When I went back to college, it became a handy excuse to cut out some of the socialising so I kept it up.”

What does a typical week of training look like?

MC: “It's six days on and one day off. It would consist of two track sessions, two gym sessions with an easy run beforehand, one long run and one day of easy running with speed development.”

“This is a session from my days in NUIG with Brendan Glynn’s group when I was exclusively running 400s. It’s a tester session but it played to my strengths so I always performed well in it.”

MC: “Gym sessions with an easy run beforehand.
These sessions take over two hours and were not exactly what I craved after spending nine hours in work.”

Do you generally train alone or with company?

MC: “Alone more often than not, but I enjoy tying in with others whenever possible.

“When I’m in Limerick I tie in with Shane O’Sullivan, Kevin O’Grady and my brother Michael. When in Belfast, I do many of my key sessions with Mark Kirk’s group.

“The perception of effort drops when you’re with others and it can add a bit of craic to the training.”

MC: “The short answer is no. I aim to hit all the macros in each meal and eat the rainbow of fruit and vegetables each day.

“After that I eat ‘treats’ whenever I feel like. Interestingly though, I don’t crave them that often with the training.

What are your short term goals?

What are your long term goals?

MC: “I have a number of long term goals that I’d like to achieve in the sport; Achieve a Munster 800m CBP (Championship Best Performance) – 1:53.20; Bag a National senior medal; Break the four-minute barrier for the mile.

MC: “My brother Michael bagging a silver medal in the National Junior Cross-Country.”

What one piece of advice would you give to other athletes?

MC: “You are more than just an athlete. Once you stop pressurising yourself, your performances will improve and it is a more sustainable approach.

Athletics Limerick wish to express their sadness at the passing of this significant contributor to Irish Athletics over several decades.
Ar dheis Dé go raibh an ainm dílis.

Birthday Remembrance – of Mike ‘Curley Cunningham whose birthday occurs at this time.

He had 40 yards to spare from second-placed Cork’s Donie Walsh.
Clubmate Nuala Logan was fifth in the Women’s race and helped Limerick AC to the Club Silver Medal.

The 9th annual Milford Hospice 10k takes place this weekend in a virtual format. Best of luck to all taking part.

The Adare 10K Virtual Run 2021 takes place throughout the month of February. There is options to complete 1, 2, 5 or 10K and upload times to Myrunresults.com.

Entry is just €10. To enter go to westlimerickac.ie or Myrunresults.com