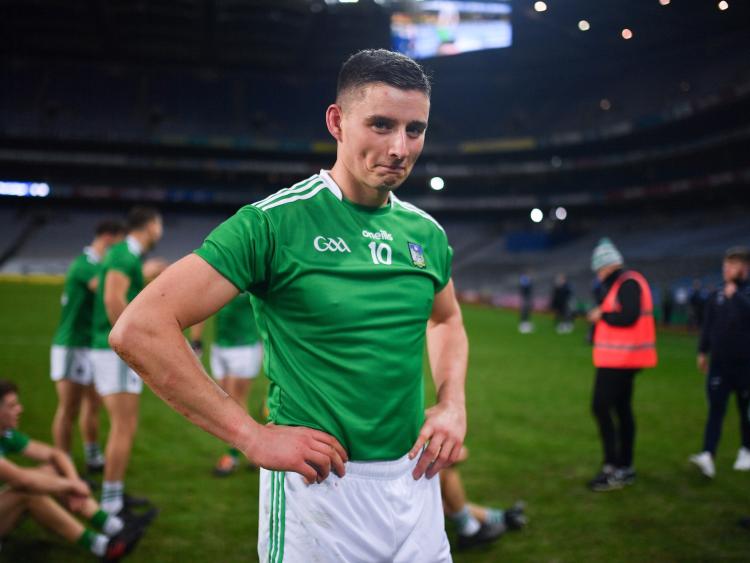 LIMERICK hurling hero Gearoid Hegarty is among just six nominees for the RTE Sport 2020 Sportsperson of the Year award.

After an unprecedented year both on and off-the-field, Joanne Cantwell and Darragh Maloney will present the show celebrating the stellar achievements of Irish sportspeople in 2020 in the face of never-before-seen challenges.

27-year-old Kilkenny had a stand-out football championship campaign in a Dublin side full of talent.

As the Dubs claimed a historic six-in-a-row, the Castleknock man showed his attacking prowess, scoring 1-20 in five games, all from play, and was named the 'Sunday Game Footballer of the Year'.

The County Meath man was crowned Ireland's champion flat jockey for a second time, claiming two classic victories on the way, winning the Irish Oaks and Irish 2,000 Guineas, whilst topping off the season a with Breeders’ Cup win on Tarnawa.

Limerick wing-forward Gearóid Hegarty topped off a standout hurling championship campaign by being named man of the match in their All-Ireland Final win over Waterford. The St Patrick’s clubman was in scintillating form all year, and hit seven points from play in the final to help Limerick secure their second title in three years. He was also named ‘Sunday Game Hurler of the Year’.

Taylor put on a boxing masterclass to successfully defend her undisputed lightweight belts against challenger Miriam Gutierrez, inflicting a first professional defeat on the Spaniard. In August, the Bray boxer defeated her nemesis Delfine Persoon in a gruelling rematch. Taylor finished the year being named Ring Magazine's 'Female Fighter of the Year' for the second year in succession.

The Carrick-on-Suir rider claimed the green jersey in style at the Tour de France, winning the final stage on the Champs-Élysées, and becoming the first Irish rider since 1989 to win the famous sprinter's jersey.

The 38-year-old rower successfully defended her women's single sculls title at the European Rowing Championships in Poland, adding a further gold medal to her two world titles at the grade.