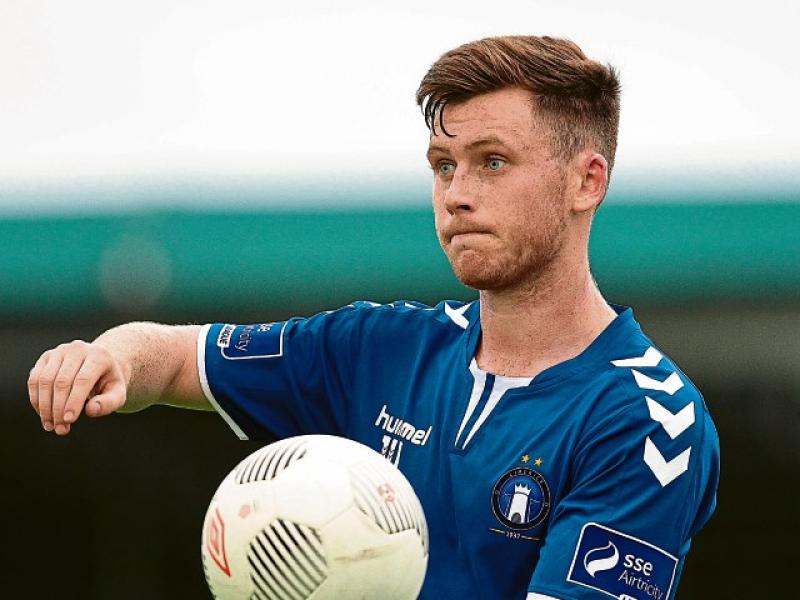 Connolly and Russell are joined in the backroom team by Treaty United's 2020 captain and former Republic of Ireland international Marie Curtin, who announced her retirement from the game earlier this month.

Sean Russell was forced to retire aged just 26 after sustaining a cruciate ligament injury while playing for Limerick in April 2019.

The talented Russell, whose father Martin managed Limerick FC previously, rejoined the Blues before the start of the 2019 League of Ireland season.

The former UCD, Shelbourne and Longford Town midfielder had initially joined Limerick at the beginning of the 2015 season that also saw the Blues relegated to the First Division in a play-off with Finn Harps.

The Dubliner re-joined the club two months into the 2016 season and made 21 appearances, including a starting berth in the EA Sports Cup final loss to St Patrick's Athletic.

In January 2017, Russell quit the League of Ireland to sign a contract at American side Louisville City. He then returned to sign with Drogheda United in July 2017.

In January of 2018, Russell, who played as a central midfielder, left-back or left-winger, moved back to the US to sign for Atlantic City, before joining First Division side Galway Utd in August 2018.

Russell said: "I'm delighted to be on board as part of Niall's coaching staff for the upcoming season. The vision the club and staff has is something that I wanted to be a part of. I'm really looking forward to getting onto the training pitch and working with the players."

Marie Curtin said: "It's been an honour to be a part of this club since its inception. Delighted to be coming in as coach for this exciting young group of players. Niall is a talented & dedicated young manager that I can't wait to start working with. Thanking the club for this opportunity."

Treaty United also confirmed that John Paul Buckley is joining their backroom team as goalkeeping coach for the 2021 season.

He said: "Looking forward to also working with Marie, Aoife and Sean along with the Treaty United board as we plan for the new season. Exciting times ahead.

"I'm delighted to be back as GK coach for the 2021 season, huge thank you to our newly appointed Senior Womens Manager Niall for giving me the opportunity to continue my work as GK coach."

Meanwhile, Aoife Gibbons will also be a key member of Treaty Utd's backroom team in 2021.

Aoife Gibbons said: "I am delighted to have the opportunity to work with these girls again. They are a fantastic and talented bunch. Exciting times ahead."