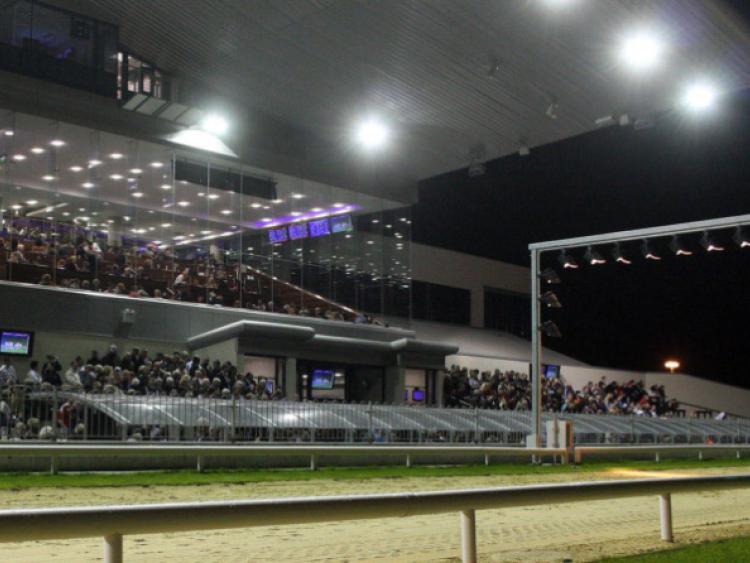 THE way is clear for the final of the Johnny Waters Memorial A5 525 in Limerick greyhound Stadium this Saturday.

Kantoher Jack for Patrick Leahy and Mort Kennedy was fastest through last Saturday’s semi finals. The winner’s time was 28.85. Tom Fitzgerald had Ocean Hugo in second – all of 10 lengths back. Third and also into the final was Only A Pound for James McLaughlin.

The other semi final was won in 28.94 by Dannoes Rambler for David Nolan. The winner had five lengths to spare on the line. Second was Brickfield Rusty for John O’Brien, while third was Excess Golf for John Kirwan.

The night also had the quarter finals in the Hero Leger Winner A3 525.

The night opened with an ON3 525 – won in 30.42 by Millmount Mint for Joe O’Connor. A length and a half back in second was Keeperhill Solly for Barbara Rees Jones.

There was a sprint win for Foot Inspector for Ger Carmody and Pat Conway. The S7 350 was won in 19.44 and by six lengths. Second was Walk Likea Man for Joe Keane.

Noel Neenan won with Athlacca Chorus in an A7 525. The winner had half a length to spare in 29.81. Second was Boro Sydney for Breda Boyle.

Querrin Kilmihil was a sprint winner for Gerard Burke and owners Michael Talty and Vincent Blake. The S5/S6 was won in 350. Second four lengths back was Dixies Promise for Eileen Kennedy. The winning time was 19.45.

Donal Cooney won with Full Flight in a S2/S3 350. The Gary Cooney owned winner just got the success in a time of 19.47. Second was Diaryhill Josie for Martin McCormack.

The final race of the night was an A4 535. Victory went to Ballaghboy Panda Jerry Moloney and Patrick O’Driscoll. The winning time was 29.33. Three lengths back in second was Dixies Gold for Eileen Kennedy.

The opening race on Thursday January 14 was An A4 525. Victory wen to Knockbawn Eske for Diane and Philip Mahon and trainer Michael Shine. The winner’s time was 29.71. A length back in second was Shanakyle Robin for the Shanakyle syndicate.

Rachels Kids won an A2 525 in 29.15 for Barbara Rees Jones and owners PT Gallagher and Raymond Griffiths. The winner had three and a half lengths to spare on the winning line. Second was Gurtnacrehy Tom for James Kelly.

Myles Cummins won with Sweet Swili in an A7 525. The winner was six and a half lengths clear on the line in a time of 29.87. Beaten into second was Ryans Saor for Patsy Ryan.

Upland Glen won for Harry Galvin and trainer Donal Cooney in an A4 525. The winner was two lengths clear on the line in a time of 29.72. Second was Adamswood Mill for Larry Mulcaire.

There was an A6 525 win for Pat Conway with Hidden Daddy. Owned by Josephine Garvey, the winner was two and three quarter lengths clear on the line. The winner’s time was 29.73. Second was Portdrine Champ for Liam Carroll.

Killaree Salah won for James and Ben Ronan in an A5 525. The winner’s time was 29.76. Second, a length back, was Montore Carmel for Peter O’Reilly.

Donal Cooney had another trained winner when Alberta Billy won for Ciaran and Darren Cooney in an A4 525. The winner had a length to spare on the line in 29.30. Second was Gurtnacrehy Kyra for James Kelly.

Newline Jazz won for Terry Moloney and Damian Reidy in an A4 525. The winner’s time was 29.12. Just beaten into second place was Adamant Best for John Rainsford and the Any Sport Will Do syndicate.

Cormac Davern had Mohane Gent as an A2 525 winner. In 28.86 the winner was two lengths clear on the line. Confused Keggy was second for Gerry Manley.

John Rainsford trained his second winner of the night when Adamant Sky won and A4 525 for Seamus Rainsford. The winner’s time was 29.50. Six and a half lengths back in second was Lisbane Sue for Peter O’Connor and John O’Sullivan.

Fintan Kennedy had Black is Back as an A9 525 winner in 29.76. Three and a half lengths back in second was Chestnut Tommy for owner Tony Bennett and Paraic Campion.

The final race of the night was an A3 535 – won in 29.17 by Tally Ho Midas. The Walls of Tally Ho syndicate runner was two lengths clear on the line. Second was Balistic Coco for Patrick O’Donoghue and Donal Cooney.