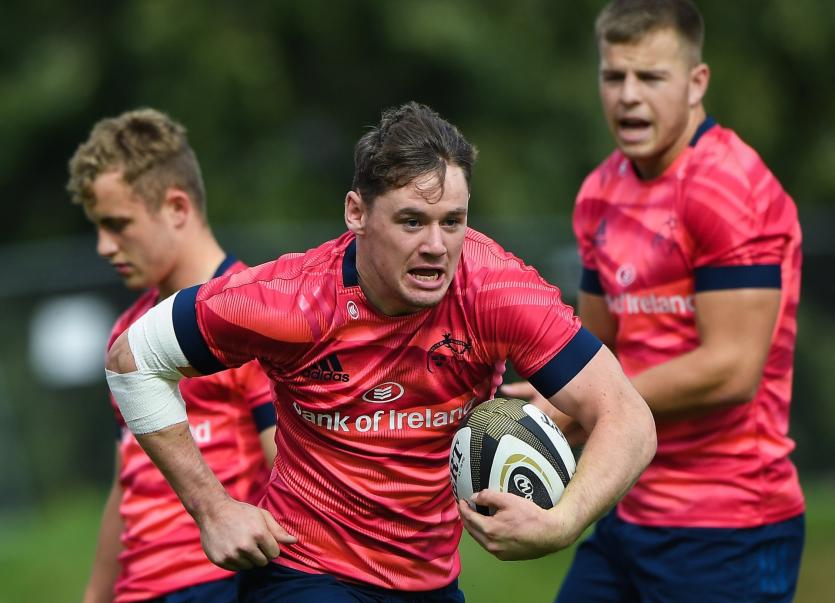 FORMER Munster Academy and Young Munster player Alan Tynan has joined up with the Tipperary senior hurling squad for 2021.

Twenty three-year-old full-back/out-half Alan Tynan joined the Munster Academy in the summer of 2017.

An extremely talented all-round sportsman, he has played both hurling and football for Tipperary at minor level and won a Leinster Schools Senior Cup for Roscrea alongside Fineen Wycherley in 2015.

Tynan, another former Ireland U20 international, featured for Young Munster in the All-Ireland League and Munster 'A' throughout his time in the Academy.

Tynan made his senior Munster debut in the pre-season clash against Connacht in 2019.

The Roscrea clubman was released from the Munster Academy after spending three years there last summer.

Tynan represented Ireland at U19 and U20 level and was one of coach Peter Malone’s most impressive performers at the 2017 World Rugby U20 Championship.

As well as being a key figure in the Young Munster backline in the All Ireland League in recent seasons, he made his Munster A debut against Doncaster Knights at Bandon RFC in January 2017.

Tyanan is also an accomplished GAA player being a key member of the Tipperary minor hurling and football squads which reached both All-Ireland finals in 2015.

Tipperary senior manager Liam Sheedy has now called him into his squad for the 2021 campaign.