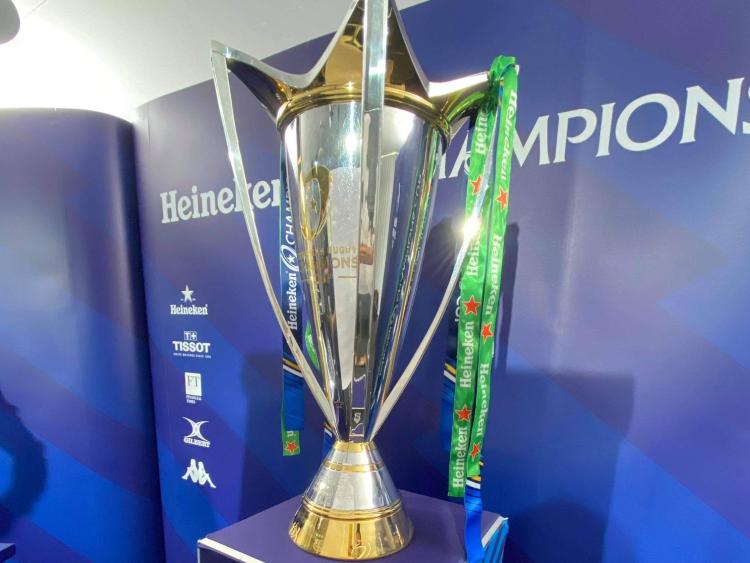 A DECISION is expected to be made later today to determine whether the pool stages of this season's Heineken Champions Cup can proceed as planned next weekend.

Two rounds of Heineken Champions Cup and Challenge Cup pool games are scheduled for the weekends of January 16 and 23.

However, the viability of the tournament and the Challenge Cup is in doubt following a meeting between tournament organisers and the French government.

Concerns over the new strain of coronavirus prompted the Ministries of Interior, Health and Sport to hold talks with EPCR, who run the Heineken Champions and Challenge Cups, and LNR, the representative body for the Top 14.

If France’s clubs are told by Paris that they are unable to compete in the remaining two rounds of the Champions and Challenge Cups, the competitions could be suspended.

Other possible outcomes are for a number of pool matches to be cancelled. However, that course of action would damage the credibility of the tournaments. The French authorities may also accept the enhanced Covid-19 measures brought in by EPCR this week as sufficient.

One of the new measures is to undertake testing three days out from a match, the timing adopted by the Top 14, while in England testing is completed on Mondays or Tuesdays.

Earlier this week, European Professional Club Rugby (EPCR) - organisers of both the Champions Cup and Challenge Cup - met with the French clubs and government to present revised Covid-19 protocols for the remaining pool matches, with testing switching from Monday to Wednesday in line with regulations in France.

Munster are due to host French Top 14 side ASM Clermont Auvergne in their third pool fixture at Thomond Park on Saturday next, January 16 at 5.30pm.

Munster have already beaten Clermont at the Stade Marcel Michelin and following their opening round home win over Harlequins are well-placed to qualify for the knock-out stages of the Champions Cup.