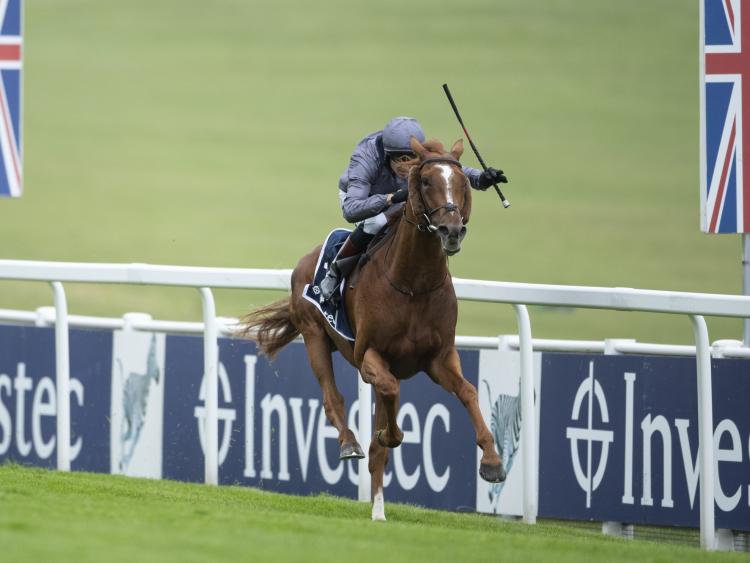 LIMERICK jockey Emmet McNamara enjoyed the greatest day of his career in June when claiming a stunning first Epsom Derby success in July.

The stg£500,000 Investec Derby is the most valuable race in Britain and the most prestigious of flat racing's five Classics.

McNamara produced a bold front-running ride to score a famous win in the famed Classic.
Serpentine and highly rated horseman McNamara had built up a huge advantage by Tattenham Corner, and the exciting colt was not for stopping, galloping all the way to the line for a thrilling five-and-a-half-length success.

After the race winning jockey Emmet McNamara said: “It feels surreal, really. I can't believe it. I hope Eric Mc (his dad) is ok at home, that he hasn't died of a heart attack or anything!

“It's unbelievable. Just a huge amount of thanks and gratitude to Aidan O'Brien and all his family. I have spent a fantastic six years there and to all the owners who showed a bit of faith in me today.

“I really appreciate it, huge.”

The Ardpatrick man won the Junior Men’s Downhill event during the UCI 2020 Championships in Salzburg this Sunday morning.

“I don’t think it has sunk in fully yet,” Oisin said.

“It’s a bit overwhelming right now. Everyone has been sending me messages and hoping that I do well and I know lots of people were watching at home.”

Meanwhile, on the boxing front, Andy Lee's rising boxing star Paddy Donovan made it five wins from five in professional ranks in England in November.

The Limerick boxer has looked superb in his career so far, racking up three knockouts in five wins.

2020 was also a successful year for Limerick trainer Pat Buckley who won the Star Sports English Greyhound Derby at the end of October in Nottingham.

“That's the best half hour of my life," he said after the presentation ceremony in Nottingham.

Buckley's new star won from trap two and was priced at 11/4 for lucky punters. It was an Irish 1-2-3 in Nottingham.