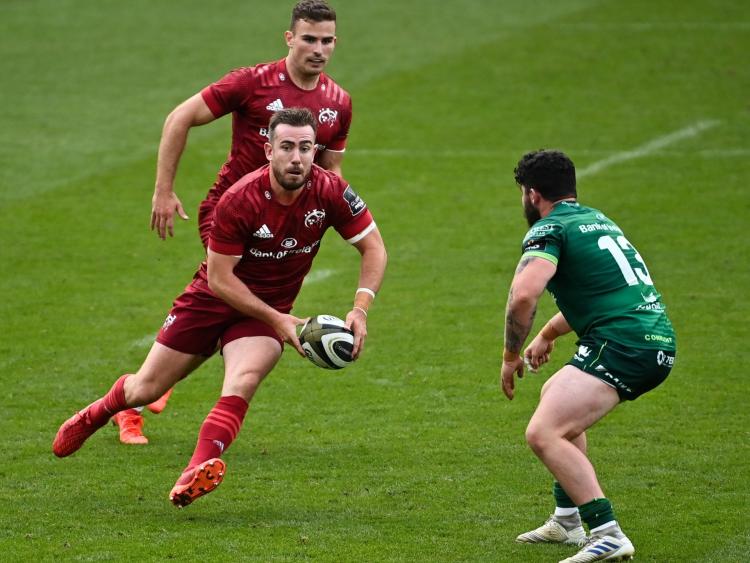 MUNSTER face a high stakes trip to Galway on Saturday for a crucial Guinness PRO14 interprovincial clash with Connacht at the Sportsground, 7.35pm.

Johann van Graan's Munster side lost their unbeaten start to the season when suffering a 15-10 defeat to Ulster at Kingspan Stadium on Saturday. On the same evening, next weekend's opponents Connacht scored a thrilling bonus point victory over Leinster at the RDS.

On the back of those results, Conference B table toppers Munster have seen their lead over second-placed Connacht cut to just eight points.

There are now eight games to go in the PRO14 regular season. The side finishing top of the two Conferences will advance to meet each other in the PRO14 final in March.

Munster hit back with a late try from Darren Sweetnam, converted by debutant Jack Crowley to secure a precious losing bonus point in Belfast.

Munster had made 14 changes to their starting line-up from the side which defeated Clermont Auvergne in the Heineken Champions Cup for Saturday's Ulster's clash.

Afterwards Munster head coach Johann van Graan said: “I am very pleased about the fightback, but very disappointed to lose. We came here to win and I believe the squad in there is good enough to win, so disappointed with that, but really happy for the squad, we kept believing and time just caught up with us at the end.”

Asked what the difference between the two sides was, van Graan said: “A bit of accuracy, I felt Ulster started well, we didn't handle that first kick-off very well and they got some momentum with that scrum free-kick against us.

“That gave them an in. We knew we just needed to stay in the fight and like I said, incredibly disappointed to lose there, we'll take the bonus point, but we came here to win.”

Munster will welcome back a number of their Ireland internationals into contention for selection for Saturday's trip to Galway.

Van Graan said: “We have an incredibly healthy squad in terms of a fight for each position, so there is some thinking to do (with team selection). There is so much rugby left to play. We will review this game first and start again on Monday.”