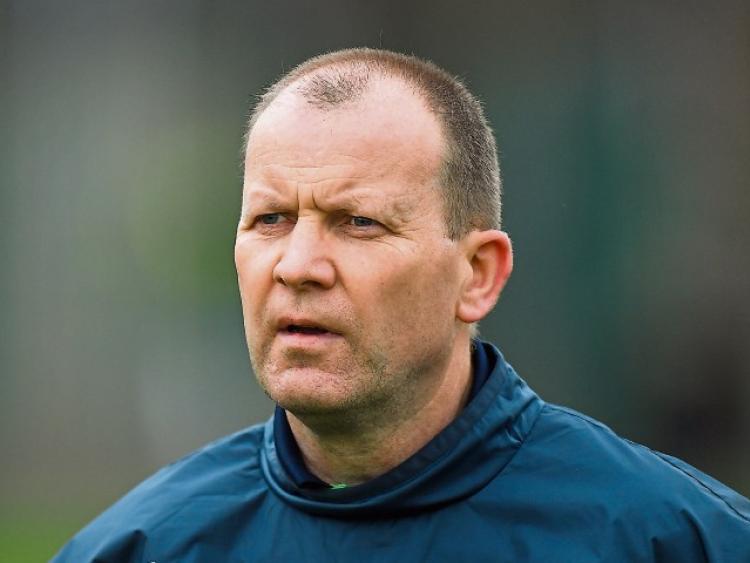 FOR the first time ever the Limerick senior footballers ended a season with two pieces of silverware.
And, they came within seconds of just a 15th ever Munster SFC Final spot.

Limerick's 2020 season came to an end with a last gasp extra time defeat to Tipperary in the provincial senior football championship semi final.

It brought an end to a year where Limerick won nine of 12 games and secured silverware in the McGrath Cup and Division Four of the Allianz Football League.

The championship games with Waterford and Tipperary in the Munster SFC saw Limerick within seconds or even inches of a final versus Cork.

The Munster SFC quarter final win over Waterford in Dungarvan was a result that ensured Limerick gained victories in successive Munster championship campaigns for the first time since 2009-10.
One week previous, victory in Sligo crowned Limerick as Division Four Allianz Football League champions for a third time.

The final round group game signals an end to four years in the bottom division for Billy Lee’s Limerick. Limerick used a total of 31 players across the seven league games to finish as table toppers.

Limerick finished the league with five wins and two defeats from seven outings to finish on top of the table and add silverware to previous wins in 2010 and 2013.

Limerick now move up to a reduced grouping in Division Three for 2021 alongside Wicklow, Offaly and Tipperary.

“Limerick football doesn't have too many highs and today is a high. I think it is important that the lads enjoy this for the next 24-hours in their heads,” said Limerick manager Billy Lee after victory in Sligo.

“I am pleased for everyone but I am really really pleased for the players and the management that I have - fellas like me are at the forefront but there is so much going on behind the scenes to try and develop ourselves and this squad. I want to thank everyone who is involved in that - there are an amount of them and I am only at the forefront of that,” stressed the Limerick manager.

Limerick had won the first four games of the league but defeats either side of the Covid-19 lockdown left them needing a victory in Markievicz Park.

Limerick had entered the league full of confidence after a McGrath Cup title last January – beating Cork in the final.

The win in Waterford set up a Munster semi final with Tipperary in the LIT Gaelic Grounds – The Premier County gunning for revenge after their surprise loss to Limerick the previous season.

In the end almost 100-minutes of football was decided by a Brian Fox point in the final minute of extra time to finally confirm a winner when the provincial semi final looked on course to become the first SFC game to go to penalties.

Over 30-minutes earlier Limerick had one foot in just a Munster final until Tipperary’s Conor Sweeney scored from a free near the sideline to send the game into extra time in the dying seconds of five minutes of injury time.

“We have to look upwards and develop for the next level we will face in 2021, whenever it kicks off. We have tremendous players and tremendous young lads doing their best and enjoying themselves and I think that’s a word that is forgotten a lot in football and especially in the world that we live in at the moment,” said Lee.

His thoughts already turned to Division Three league football in 2021.

“Tipp are there and at least we know we are in the ballpark or thereabouts. We still have work to do and have to keep developing ourselves and moving forward as best we can.

But a positive year overall for the Limerick senior footballers, who were jointly captained to the two trophy successes by Iain Corbett and Donal O’Sullivan.

“There is no substitute for age and winning games,” said Lee of the resurgence.