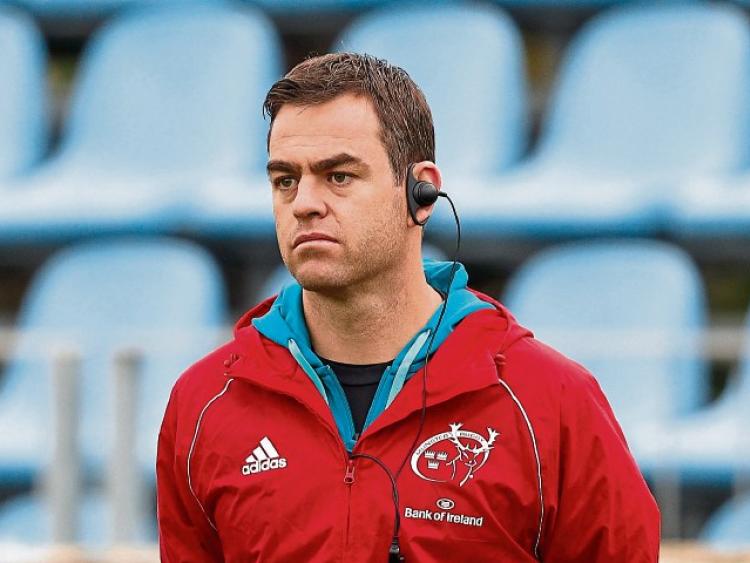 MUNSTER head coach Johann van Graan believes the province has grown their game this season as their focus switches to next weekend's Guinness PRO14 derby clash with Ulster.

Munster's scheduled opening provincial fixture of the Festive period against Leinster at Thomond Park on St Stephen's Day was postponed after PCR test results at Leinster were not due back in time to be within the local public health guidelines.

Leinster later confirmed that all of those outstanding PCR tests had come back negative.

Munster's next outing in the PRO14 will be the Saturday, January 2 meeting with Ulster at Kingspan Stadium, Belfast, 5.15pm.

Munster have won all nine of the fixtures in both the Guinness PRO14 and Heineken Champions Cup this season.

Head coach Van Graan said it was crucial that Munster learn from every fixture they play.

Van Graan said: "Everybody's pulling in the same direction: players, management, coaches and as a club. Look, we know that we've got a long way to go and our aim is to get into the play-offs and then perform in those play-offs.

"In a season you're going to get ups and downs and we've got to make sure that we learn every single week, something that I believe we are doing. Certainly over the last nine games I believe we've grown our game.

"Some big challenges over the next five weeks, then we'll reassess where we're are and then take the second part of the season in February.

'Look, we're a year down the line together with Steve (Larkham), JP (Ferreira), Graham (Rowntree), myself and George (Murray).